Update On a Garden State of Mind 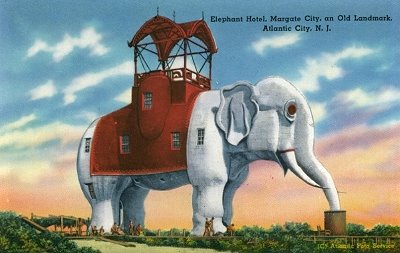 Long-time visitors to Kiko's House know how I delight in beating up on New Jersey, which after years of hard work has wrested the title of most corrupt state from Louisiana.

My pummeling began with a widely disseminated essay that laid out in shocking detail how incredibly screwed up New Jersey is -- and finding problems is like shooting fish in a barrel.

So screwed up that New Jersey had to change its slogan back from the tried and true "Garden State” to “Come See For Yourself” after it turned out that West Virginia had dibs on it. (My suggestion that New Jersey be called "The Kick Me State" was not well received.)

Since that original post, I have offered periodic updates.

These included how the state's premier health-care institution, the University of Medicine and Dentistry of New Jersey, had become the first university to be overseen by a federal monitor because of a scheme through which the state and federal governments were bilked out of nearly $5 million in improper Medicaid payments.

It also was revealed that the politically wired university administration had let an astonishing $700 million in no-bid contracts and hired new employees based not on their qualifications but a secret code identifying their political patron -- if they were connected enough to have one.

Not to be outdone, the St. Barnabas Health Care System has shot the health-care fraud moon.

St. Barnabas, which runs a network of non-profit hospitals in North Jersey, is charged with bilking Medicare out of at least $630 million by overcharging its poorest patients.

The bill inflation began in the mid-1990s, when pressure from managed care insurance plans and the prospect of federal health-care reform (gadzooks!) prompted St. Barnabas to hire a consultant to show it how to take advantage of Medicare law loopholes. In a masterstroke, the network hid its windfall profits by chiefly by inflating room-and-board fees.

In most states, the ballsiness of the St. Barnabas execs would make a politician blush, but not New Jersey, where the level of official corruption and all-around bad behavior is legion.

The ex-guv, who resigned after being forced to publicly admit that he was the nation's first openly gay governor, was on the show to shill for his new autobiography, but found himself being cast as an irresponsible expectant father. This is because he said his first sexual encounter with Golan Cipel, an Israeli national, whom he later appointed as the state’s homeland security adviser (despite having no experience) occurred in 2000 when he was governor-elect and his wife was in the hospital recovering from the Caesarean delivery of their baby.

If McGreevy hoped that the kerfuffle would pass, he was mistaken. Cipel said over the weekend that he had never had an affair with McGreevy and had been the victim of unwelcome sexual advances.

* John A. Lynch Jr., a former state Senate president whose political machine made him state’s most influential political figure, pleaded guilty to federal charges of income tax evasion and misusing his public office to enrich his own business.

Lynch is widely referred to as one of New Jersey’s five major Democratic party bosses, kinda like the bosses of the five major Mafia families in metro New York. He bristles at the term "party boss" and likes to point out that he was a top graduate of Georgetown Law School and is a widely respected urban renewal expert, but his cosy relationships with the developers who are literally paving over the state were his undoing.

* Democratic Senator Robert Menendez, who went Washington after Senator Jon Corzine replaced the disgraced McGreevy, is under pressure to drop out of the race against Tom Kean Jr., the son of the former governor.

The U.S. attorney for New Jersey, the same fella who took down Lynch, has subpoenaed records of a deal between Menendez and a Hudson County nonprofit agency that rented office space in a house he owned while he was a congressman. The nonprofit paid Menendez $300,000 over nine years, a period during which he helped the agency win million of dollars in federal funding. All a big coincidence, I'm sure.

ABOUT THE PHOTOGRAPH
Lucy the Elephant stands a few miles south of Atlantic City in the small beach community of Margate. This larger-than-life roadside attraction, shown here in a 1920s postcard, was built as a hotel and still stands thanks to the work of some dedicated preservationists.