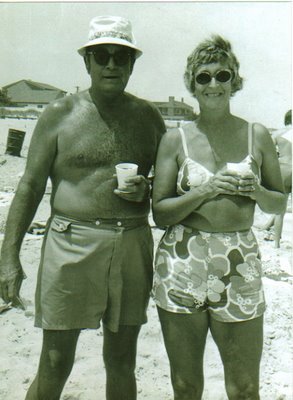 There is ample evidence that smoked marijuana can save lives. It eases nausea and vomiting from chemotherapy and other crippling treatments and helps mitigate the effects of AIDS wasting and glaucoma. There also is ample evidence that with the vast majority of users, marijuana is not a so-called gateway drug that leads them to hard drugs like cocaine and heroin.

Yet the Federal Drug Administration and Drug Enforcement Administration continue to oppose any use of medical marijuana , including in the eleven states that have legalized its use as a result of voter initiatives, and assert that it has no benefits whatsoever.

And so there was a dreary familiarity about the negative reaction to a new study that found recovering drug addicts infected with the hepatitis C virus are more likely to stick to their medication regimens if they are allowed to use marijuana.

Beyond the Bush administration's efforts to substitute junk science for the real thing, there is another aspect of the debate that trips my hypocrisy trigger:

Cigarettes, alcohol, abused pain killers and other medications take hundreds of thousands of American lives each year and the cost of treating the millions of people addicted to those substances runs into the tens of billions of dollars.

But I have yet to hear of a single person who packed in because they smoked pot.

GETTING PERSONAL
I have a very personal stake in all of this -- a family member and a deceased friend. Both found that the pain from their decades long debilitating conditions was measurably eased because of marijuana.

Then there was my father, who is standing with my mother in the photo above. That's not a marijuana cigarette that he's holding, but:

After my father -- addicted to nicotine for his entire adult life -- began chemotherapy for late-stage lung cancer many years ago, I made arrangements to have a little package of marijuana cigarettes sent to my mother. She stored them in the Frigidaire and doled them out to my father when his chemo-induced nausea was especially awful.
My father died before he had hardly made a dent in the package, but the cigarettes were a great source of relief for this gentle man who wouldn't hurt a soul but was then -- and still would be considered now -- a criminal by the government of his beloved country.

powerful stuff Kiko. Good on you, as they say down under.

We are the best of the best in Bongs with a beautiful accessories and we have the best service.
Be one of the ones that have the privilege to enjoy our Bongs.
we have all the ones that need to obtain not late more and contact us now.
Head Shop and Bong Amazing Legal Herbal Highs, featuring Herbal Smoke, Bongs,

Enjoy following your blog - thanks for the many insightful posts.

The Oregon Medical Marijuana Program is a State registry program within the Public Health Division, Oregon Department of Human Services. sportsbook Our role is to administer the Oregon Medical Marijuana Act as approved by the voters of the State in November 1998. The program actively pursues administrative streamlining processes in an effort to better serve our patients while maintaining the highest level of confidentiality. bet nfl Multiple states have requested information on Oregon's program to use as a model for their own medical marijuana initiatives and registration systems. WASHINGTON – Pot-smoking patients or their sanctioned suppliers should not be targeted for federal prosecution in states that sportsbook allow medical marijuana, prosecutors were told Monday in a new policy memo issued by the Justice Department. Under the policy spelled out in a three-page legal memo, federal prosecutors are being told it is not a good use of their time to arrest people who http://www.enterbet.com use or provide medical marijuana in strict compliance with state law.

Kiko House is a restaurant located in the Pearl River neighborhood at 11 E Washington Ave # 21 in Pearl River, NY 10965.costa rica fishingKiko House has been described as an No Rating restaurant and has received an average rating of 0 by our members.
http://www.fishingcostaricaexperts.com

Mexico's illegal-reefer madness
In the face of a crisis in drug-related violence, Mexico should reconsider its policy criminalizing marijuana.sportsbook
May 04, 2009|Isaac Campos , Isaac Campos is an assistant professor of history at the University of Cincinnati and a visiting fellow at UC San Diego's Center for U.S.-Mexican Studies.Last month, Mexico's Congress convened a special forum to consider marijuana policy reform as a remedy for that country's current crisis of violence.march madness The forum bucked a century of staunch prohibitionist history in Mexico, a history that has contributed to the continued criminalization of marijuana use throughout North America.From early on, marijuana was portrayed in Mexico as a frightening substance that produced madness in its users. In 1897, Revista Medica, one of Mexico's leading scientific journals, reported that marijuana produced "pleasant visions and hallucinations," an "expansion of the spirit that leads to exaltation" but also an "impulsive delirium" with often fatal consequences: "It is true that in other regions the delirium that is produced by marijuana is a turbulent one,www.canadacasino.com but in our country it reaches the point of furor, terrible and blind impulse, and leads to murder."

KIKO'S HOUSE. Every asshole who ever chanted "Drill baby drill" should have to report to the Gulf coast for cleanup duty.Costa rica toursKIKO'S HOUSE. People demand freedom of speech as a compensation for the freedom of thought which they seldom use.
http://www.kingtours.com

Costa Rica Weddings said...
This comment has been removed by a blog administrator.
3:22 PM