Surviving The Week of Living Dangerously 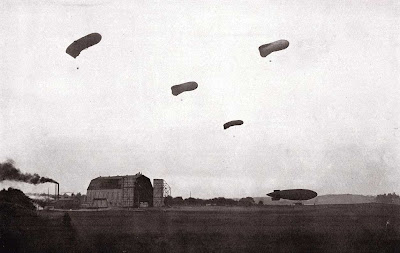 Five perilous days have now passed since those treasonous House Democrats decided to hold the U.S. hostage by refusing to cave in to President Bush by questioning the telecom immunity provision in the FISA renewal bill.

Unless there is yet another vast mainstream media cover-up, there have been no terrorist attacks on our fair homeland although the president, his minions and a host of fearmongers in the right-of-center blogosphere warned that the Duplicitous Dems were leaving Uncle Sam with his hands tied without the Protect America Act provision of the FISA bill being renewed.

This, of course, was complete rubbish since:

* The Republicans could have voted to extend the PAA provision instead of running off for a 12-day recess and whining to their constituents about Nancy Pelosi's calumny.

* Existing warrantless domestic surveillance can continue for up to a year without extending the PAA provision.

* And if that isn't good enough fer ya, domestic wiretapping rules would in any case revert to the original FISA, which requires the government to obtain a warrant from a special court.

As the Week of Living Dangerously is tick ticking on with nary a national hangnail, some pundits have begun changing their tune.

Not Michelle Malkin, of course, who dredged up the sad story of Alex Jimenez, who was kidnapped by Al Qaeda operatives in Iraq and almost certainly executed, in order to (again) make the specious and unsupportable claim that he might still be alive if Justice Department lawyers hadn't been encumbered by FISA law-related red tape and had to wait nearly 10 hours seeking approval to use wiretaps against the kidnappers.

Meanwhile, cooler heads at The Washington Times and Cato Institute, both certifiably conservative hotbeds, note that the PAA smackdown is no more than a bump in the road, while Andrew P. Napolitano, a former New Jersey Superior Court judge and senior judicial analyst at the Fox News Channel (!!!), breaks ranks in writing that:

"So where does all this leave us? Even though, since 1978, the government has gotten more than 99% of its FISA applications approved, the administration wants to do away with FISA altogether if at least one of the people whose conversations or e-mails it wishes to monitor is not in the U.S. and is not an American.

"Those who believe the Constitution means what it says should tremble at every effort to weaken any of its protections. The Constitution protects all 'persons' and all 'people' implicated by government behavior. So the government should be required, as it was until FISA, to obtain a 4th Amendment warrant to conduct surveillance of anyone, American or not, in the U.S. or not.

If we lower constitutional protections for foreigners and their American correspondents, for whom will we lower them next?"

Among the bloggers still heartily drinking at the White House trough is Ed Morrissey over at Captain's Quarters, who climbed down from his crow's nest after scanning the Minneapolis skies for terrorist dirigibles long enough to conclude that at the heart of the House Democratic "sell out" are evil trial lawyers who:

"[C]ontribute a much larger amount of money overall, and direct much more of it to the Democrats. While the telecoms only have sent $3.1 million in overall contributions anywhere, lawyers have already contributed over $82 million. Just in their PAC funding, lawyers have spend almost twice as much as the telecoms, $6.1 million. Over 77% of that money went to Democrats.

"When people wonder who has the ear of the Democratic Party, the answer is quite clear. Trial lawyers want immunity stopped so that they can participate in big paydays, and they're willing to invest in the Democrats now to preserve them."

Captain Ed's discovery is both comforting and scary. Comforting because it's nice to know that the homeland faces a greater threat than Al Qaeda can deliver, whether by dirigible or however. Scary because in the long run lawyers are capable of far more harm than a bunch of mere jihadists.

Putting tongue in cheek would not seem to be appropriate for a matter as grave as the War on Terror. But the Chicken Little blatherings of the White House and its Sky Is Falling Chorus whenever the administration's serial civil liberties grab is questioned are now comfortably in the realm of inanity.

Don't think so? If the homeland really is at such peril because the House Democrats wouldn't play ball, then why didn't President Bush cancel his trip to Africa? And why has the Department of Homeland Security's threat level remained at Yellow?

And about those dirigibles . . .

I love dirigibles! Wouldn't it be cool to have them again. It's all this panic that people have about hydrogen, which is relatively harmless, and should be protected by the Constitution.

I think Captain Ed has confused Ron Paul with terrorists. Or maybe not. Either way, was the final thought yours? Or did you plagiarize it?