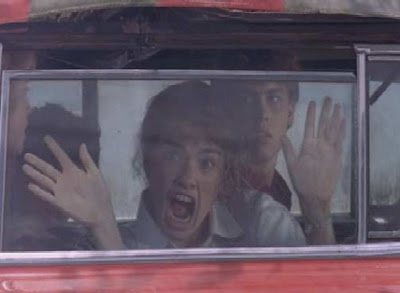 The greatest fallacy of government deregulation of financial institutions is that it's been great for the economy.

That proved to be catastrophically wrong after savings and loans were deregulated and looted.

That has again proved to be catastrophically wrong after banks were deregulated and allowed to dive into the subprime mortgage cesspool, which among other things has resulted in an historic credit meltdown.

Then there is the arcane world of credit default swaps, which in theory are supposed to cover losses to banks and bondholders when companies fail to pay their debts, an increasingly common occurance as the economy walks, talks and acts like it's in recession.

Credit-swap market securities have mushroomed to more than $45.5 trillion, about twice the size of the entire strock market.

But this industry has not been deregulated. As Gretchen Morgenson reports today in a deeply troubling New York Times story:

"No one knows how troubled the credit swaps market is, because, like the now-distressed market for subprime mortgage securities, it is unregulated. But because swaps have proliferated so rapidly, experts say that a hiccup in this market could set off a chain reaction of losses at financial institutions, making it even harder for borrowers to get loans that grease economic activity."

More here.
Posted by Shaun Mullen at 5:25 AM
Email ThisBlogThis!Share to TwitterShare to FacebookShare to Pinterest