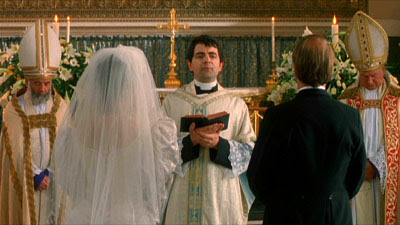 Here we go again: another mid-thirties female columnist complaining about mid-thirties men, wondering when they're going to "grow up", settle down and commit to a life of shopping for soft furnishings, dinner parties and Mr Knightley-like devotion to their Emma.

Now it's a writer named Laura Nolan of the 's Times Online asking "where have all the men gone?"

"Instead, we have an overload of man-boys - which leaves a generation of single, thirty-something women who are their natural mates bewildered. I am one of those women."

Fancy that: and being one of those "man-boys" so lacking in maturity and character Ms Nolan, I'm going to offer you some advice on the subject and start with the obvious; stop bloody complaining.

It doesn't take a genius to work out that a woman who is judgmental, critical and whining whilst single - and has a whole planet-worth of men to castigate - is probably gonna to radically focus her displeasure when she has one localised, all-too-flawed husband to concentrate on.

And you've had no takers for the position, Laura? Wonders never cease.

Men don't like to be nagged Laura, and you sound, dare I say it, a little immature in your wish that society suddenly change shape and form to suit you rather than just getting on with it and concentrating on the things you have some power over - like yourself.

Yes it sucks that you (and I) have not been granted the good fortune to find our one and only before our thirties, but it's not the end of the world.

The world, though, has changed radically since that time when notions like life-long monogamy and romantic love were held to be anything other than fodder for writers like your countrywoman Jane Austen and her matchmaking creation Emma Woodhouse.

My Obama-loving friends—that is, all my friends—have tried to rationalize my support in a number of ways. Maybe I have a thing for older women? Or it's some sort of latent Oedipus complex? Dear God, I hope not. Am I just doing it to get a date? No, and unfortunately, it's having the opposite effect. Being a college guy who supports Hillary is a like being the jock who takes the women's studies class to pick up girls. It just does not work. It is as if my lack of a second X chromosome sends a signal to women that I am an interloper in Hillaryland, and my support is less than genuine.