The Economy & The 800-Pound Gorilla 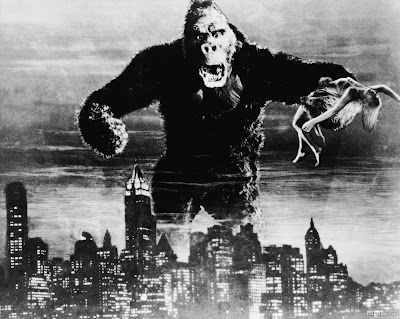 There is a growing recognition, to use my very own phrase, that the Iraq war is a sucking chest wound on the U.S. economy, but you wouldn't know that if you've followed the recent peregrinations of Federal Reserve Chief Ben "Rate Cut" Bernanke.

A review of 30 recent news stories on Bernanke and the crash-and-burn economy found not a single reference to a war that has cost in the vicinity of $500 billion and is likely to cost $1 trillion before it's over, whenever the heck that will be, and Bernanke didn't even allude to it when he gave his semi-annual monetary policy report to Congress this week.

The reason, of course, is obvious. Beyond the feat of actually making us miss his predecessor, Alan Greenspan, it would be impolitic for Bernanke to utter the obvious because.

Doing so would be an inconvenient dent in the Bush administration's facade that the war is all good and has required no sacrifice other than the occasional dead or brain damaged soldier.

Beyond the here and now -- that the war is damaging the U.S.'s overall fiscal health as the economy spirals ever deeper into recession and contributing mightily to a burgeoning budget deficit that our children's children will be paying for long after the last American combat trooper slouches home -- there are less obvious aspects:

Come to think of it, war isn't the only word that never seems to escape Bernanke's lips. There's also recession.