The Saga of the Cedars: When Bad Things Happen to Good Christian Conservatives 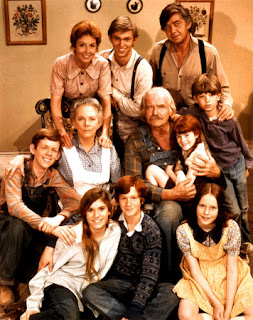 Harvey and Harriet Cedars are not just the breadwinners in a typical conservative Christian Republican family. They're hard working middle-class folks who have been going through some very difficult times but were confident that their president, his government and the Supreme Court that he has molded over the last seven years were on their side, which is to say God's side. This has been good enough for the Cedars because they knew that God was on their side -- their God anyway.

Then things got all crazy this week.

Times had started getting tough for the Cedars right after George Bush's second inauguration. In fact, the family was heading back home to Louisiana in Grandpa Cedars' Winnebago after watching the president being sworn in when Grandpa complained of chest pains. He was diagnosed with a severe heart condition and treatment was going to be expensive, but the government would chip in for some of his care and Harvey and Harriet were making decent money. They had okay health-care benefits for themselves and the kids even if they worked a combined 100 hours a week to pay the bills.

Besides which, the pacemaker that Grandpa Cedars got is just like Dick Cheney's, so Harvey and Harriet were sure that he'd be okay.

Then eldest son Chip's National Guard unit was sent to Iraq. Not once but twice. Harvey was laid off from his job as a manager at the local textile plant, which was relocating to India, and the Cedars fell behind on the subprime mortgage on their house. Harvey got a part-time job at McDonald's to help make ends meet, but then Harriet lost her job as the accountant at the local savings and loan, which went bankrupt. Their health-care benefits went kaplooey and Harriet had to endure the shame of taking Melody to the emergency room after she developed a funny rash on her . . . uh, privates.

All of a sudden prayer and being proud conservative Republican Americans didn't seem to be enough, but the Cedars are good Christian soldiers and onward they went even though their house was about to be foreclosed, they were defaulting on the loans on their SUVs, which were costing them 120 bucks worth of gasoline each week, Melody was staying out overnight without their permission, and Chip was cowering in his bedroom suffering from violent nightmares in which he killed Iraqis. He refused to take his PTSD medication.

Then the preacher at their local church absconded with the new pipe organ fund and ran off to Las Vegas with Melody. Grandpa got sick from whatever was in the walls of the FEMA trailer that he had to move into after Hurricane Katrina destroyed his Winnebago and now has to move out of. Then his pacemaker went haywire. He nearly died before it could be replaced because the local hospital had been bought-out by a big national company that soon closed it because its stock price was tanking. This meant that Harvey and Harriet had to drive Grandpa nearly 50 miles to New Orleans.

The Cedars had no choice. Prayer was not enough to pay the bills. So they hired a lawyer to sue the maker of Grandpa's pacemaker in state court. Fact of the matter was they desperately needed money.

This week got off to a troubling start when Harriet finally found a new job after looking for months. It was at the Super Duper Mart stocking shelves with Mexicans on the night shift.

You can imagine their shock when the Supreme Court, the one with those fine men Alito, Roberts and Scalia, not to mention that Thomas fellow even if he is a Negro, ruled on Wednesday that Grandpa had no right to sue because the manufacturer of his Dick Cheney model pacemaker had the approval of the Food and Drug Administration and state courts had no say in the matter.

The coup de grâce (which the Cedars think is a Mexican expression) is that after the president, government and court betrayed them their own their own Republican Party is casting Mike Huckabee out of the electoral temple.

Hillary Clinton's health-care plan looks awfully good all of a sudden, but the Cedars believe that a woman's place is not in the White House, and while they don't consider themselves to be prejudiced, well Barack Obama is . . . from Hawaii.

The Cedars could never vote for John McCain because James Dobson, whose voice of reason on the radio is such a comforting port in their storm these days, says McCain is a dirty rotten turncoat.

But if McCain is a turncoat, who can the Cedars turn to? What's a good conservative Christian family to do?

Do you remember the TV adaptation of Irwin Shaw's "Rich Man Poor Man" with Peter Strauss, Nick Nolte, and Susan Blakely. What are the chances of something like that getting on one of the big 4 networks today?

I have to admit, the "Barack Obama is from Hawaii" bit had me roaring with laughter. My cats would hate me, but I told them it was your fault, so now they hate you. You're welcome.