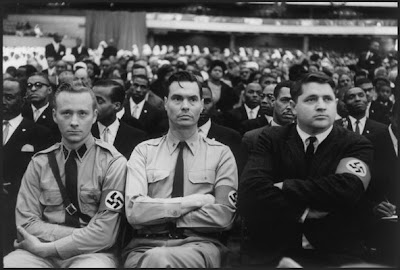 There is no love lost between John McCain and conservatives. But as much as we hate McCain, we hate the New York Times even more and the newspaper's hit job on McCain, accusing him of having a "close" relationship with an attractive young telecommunications lobbyist and doing favors for her, is causing conservatives to circle the wagons and rally around McCain. Even Rush Limbaugh, who hates John McCain, has blasted the New York Times. We are outraged that a purportedly respectable newspaper would print such sleaze after delaying the story for several months, until John McCain secured the nomination and the , which we also hate, threatened to scoop the paper. We are tired of this kind of dirty politics. When revelations about Gary Hart's affair with Donna Rice torpedoed his campaign and Bill Clinton was impeached because he lied about his affair with Monica Lewinsky, it was a different time. And if these allegations about McCain had come out eight years ago when they took place, they might have derailed his campaign, too. But that was before September 11; 9/11 changed everything.

For weeks, Hillary Clinton and her campaign have done just about everything they can think of to stress the significance of another head-to-head debate with Barack Obama. When Obama balked at an event in , ran ads taunting him over it.

All of this had the effect of hammering home a simple point: couldn’t wait to get back onto the stage with her Democratic rival. One assumed, given the emphasis, that she would use the next debate to practically tear Obama apart. Indeed, she probably wouldn’t have a choice — it's been a rough few weeks, her quiver is running noticeably low on arrows, and time for game-changing events is running out.

In tone and substance, the debate in suggested that Barack Obama and Hillary Clinton together can restore the damage that George W. Bush has done to the American body politic and that John McCain might only prolong.

Their policy differences were invisible to the naked eye, and they ended up with the kind of hearty handshake that could be repeated to seal their designation as the 2008 ticket at the Democratic convention in August.

For Obama, it would be a demonstration of his claim that he can bring people together. On her part, it would take character for Hillary Clinton to accept the vice-presidency after leading in the presidential polls for more than a year.

But voters are rendering a different judgment now, and when the and primaries are over, Obama should look back at how JFK in 1960 insured that his party ended eight years of Republican rule by teaming up with his opponent for the nomination.

If the ticket won, Hillary Clinton in 2016 would still be younger than John McCain is now.

Barack Obama says that immigration policy needs to prevent "people with Spanish surnames from being discriminated against." Quite so. Nobody should discriminate against me!

In the movies, the best leading men have always been able to portray younger characters - John Wayne played iconic gunslingers into his 50s, Cary Grant was the suave romantic lead into his early 60s, and Harrison Ford will reprise Indiana Jones this spring at a spry 65. Actors like Tom Hanks, Denzel Washington and Nicolas Cage can easily take on parts playing men a decade or more junior to their biological ages.

The more I watch the extraordinary cultural phenomenon that is Barack Obama, the more I realize that the Senator from Illinois - the frontrunner for the Democratic presidential nomination - is a political actor skillfully portraying a much younger character, and to rave reviews at that.

A federal judge on Thursday acquitted former Republican Party official James Tobin in the 2002 Election Day phone-jamming case in but said the case will return to an appeals court for further review.

Nearly $100,000 went for party platters and groceries before the caucuses, even though the partying mood evaporated quickly. Rooms at the Bellagio luxury hotel in consumed more than $25,000; the Four Seasons, another $5,000. And top consultants collected about $5 million in January, a month of crucial expenses and tough fund-raising.

Senator Hillary Rodham Clinton's latest campaign finance report, published Wednesday night, appeared even to her most stalwart supporters and donors to be a road map of her political and management failings. Several of them, echoing political analysts, expressed concerns that Mrs. Clinton’s spending priorities amounted to costly errors in judgment that have hamstrung her competitiveness against Senator Barack Obama of Illinois.

"We didn’t raise all of this money to keep paying consultants who have pursued basically the wrong strategy for a year now," said a prominent donor. "So much about her campaign needs to change — but it may be too late."

There can be few fields of human endeavor in which history counts for so little as in the world of finance. Past experience, to the extent that it is part of memory at all, is dismissed as the primitive refuge of those who do not have the insight to appreciate the incredible wonders of the present.

Nobody knows what the new political dynamic in is going to look like, but it surely won't offer the one-stop-shopping that the government has found so convenient.

Here is good news. For any of you out there nostalgic for the lovable extra terrestrial, NASA is beaming out songs into deep space trying to lure anything that might be out there to our shores. The bad news is that scientists warn that transmitting songs could put the earth at risk of an alien attack--If some terrestrial hears the lyrics of a rapper, or listens to the boring tunes of the Beatles, our goose is cooked. Here's a suggestion that just might could save life on earth. Recall immediately the signals and begin sending out the following: Mozart and Beethoven symphonies and piano sonata, a deluge of jazz--Louis Armstrong, Duke Wellington, Fats Waller, Charley Parker--and if some of the aliens are racists and don't like African-American music, we hit them with grace, sophistication, and wit à la Cole Porter, George and Ira Gershwin, Irving Berlin, Rodgers & Hammerstein, Jerome Kern, and Lorenz Hart.