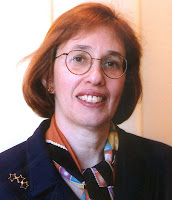 Linda Greenhouse, one of the Big Four of American legal reporting, is calling it a day.

The Pulitzer Prize-winning Greenhouse, who has covered the Supreme Court for The New York Times for 30 years, has accepted a buyout offer.

So who are the other three of the Big Four? How about Nina Totenberg of National Public Radio, Lyle Denniston, a longtime Associated Press reporter who currently writes for ScotusBlog, the terrific online news site, and Jeffrey Toobin, the New Yorker reporter and author of The Nine: Inside the World of the Supreme Court, the best book barn none on the high court.

Greenhouse has played her beat pretty close to the vest in and out of print, but provoked a controversy in 2006 when it was revealed that she had criticized the government and court in a speech at Harvard University because it had:

"[T]urned its energy and attention away from upholding the rule of law and toward creating law-free zones at Guantánamo Bay, Abu Ghraib, Haditha, other places around the world . . ."