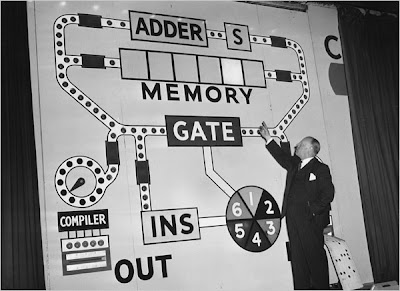 As a nation, the central question we face just now — even more than, "Can I still exchange this dreck for something I might actually wear?" — is whether our economy is entering a recession ("recession," of course, being technically defined as two consecutive quarters in which office managers keep warning everyone to stop using FedEx for personal mail).

The stakes could not be higher. When forecasters determine that a recession is possible, businesses and individuals can quickly curb spending and investment, thus causing a recession. Still, getting it right is hard; economic forecasting is like reading tea leaves — extremely difficult, unless you arrange the leaves into letters and numbers, which is no picnic, either.

First some statistics. Inflation has jumped to 4.1 percent. Fourth-quarter personal savings were under 0.5 percent. On employment, the Labor Department reported that nonfarm payrolls dropped 17,000 in January. That was down from December’s 18,000 gain, which had been revised up by 4,000, which was down from an earlier Commerce Department revision of up by 6,000, according to the Treasury Department.

Lastly, Web searches for the word "recession" are up 155 percent, year-over-year, even after controlling for references to hair loss and gum disease. Accordingly, we start with a baseline recession likelihood of 7+.

One of the things that really perturbs me are disingenuous, intellectually indefensible commentary consisting of willfully misleading tripe. Up until recently, that territory has been owned by the WSJ OPED pages. This past weekend, the NYT was seen elbowing its way into the same space.

I call this approach to economic analysis Hackonomics.

The credit crisis is no longer just a subprime mortgage problem.

As home prices fall and banks tighten lending standards, people with good, or prime, credit histories are falling behind on their payments for home loans, auto loans and credit cards at a quickening pace, according to industry data and economists.

The rise in prime delinquencies, while less severe than the one in the subprime market, nonetheless poses a threat to the battered housing market and weakening economy, which some specialists say is in a recession or headed for one.

Humans are seemingly wired to believe that they really can get something for nothing, and they pay the price, over and over again. They will especially do so if they are lending and investing with Other People’s Money and if there are short-term incentives for them to hop onto the gravy train. In the long run, they can move on to the next scam.

But something else was missing here. Since the era of Ronald Reagan, we have been told by powerful groups that regulation is bad and that our economy will grow like magic if we take it away. So regulation was removed from savings and loans, and they were looted mercilessly.

Hmm, Bank of America is being added to the Dow. I guess they've harvested enough of their customer's money to be considered industrious. Chevron gets to be added because of the growing importance of oil and gas. And the enormous profits don't hurt, I'm sure.

We seem to be wired to be able to solve difficult problems, but only in a community where we have support. To create that support, we have throughout history sung songs of heroes around the campfire. We are inspired by movies. Militaries breed close-knit groups and create splendid uniforms and other rituals. We go to church. With a support group, we overcome depression. We set our sports records before a stadium full of humans cheering us on.

Alone on Antarctic ice, we die.

It was a wonder in its time: A camera that spat out photos that developed themselves in a few minutes as you watched. You got to see them where and when you took them, not a week later when the prints came back from the drugstore.

But in a day when nearly every cellphone has a digital camera in it, “instant” photography long ago stopped being instant enough for most people. So today, the inevitable end of an era came: Polaroid is getting out of the Polaroid business.

They always strike when least expected -- opening the mail, rummaging through notes, and in an instant, it's "ouch!" and you're sucking air in through your teeth.

Oh, the paper cut. Since the dawn of office work, it has been the one thing that can make even the most composed business person spew profanities. Somehow, that little cut stings more than any other nick -- and it keeps hurting, too.

But why? Theories of office lore circulate the Internet -- from the microscopic structure of paper, to the chemicals used in paper plants, to bacteria living on our faxes.

While dermatologists know which theories are wrong, the most annoying pain in the office still remains a bit of a medical mystery.

Photograph from Getty Images via The New York Times

Thanks again for the shout-out! We appreciate it. Howard's last name is spelled with an "a": Stearns.

You're quite welcome! Fix made.