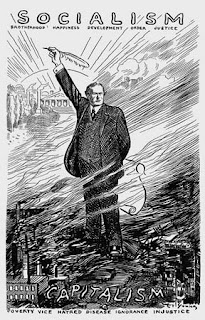 Leading Republicans believe they can trounce Barack Obama in the presidential election by tarring him as a shady socialist. They are increasingly confident that his campaign could collapse by the time their attack machine has finished with him.

Grover Norquist, an influential conservative tax reform lobbyist, said: "Barack Obama has been able to create his own image and introduce himself to voters, but the swing voters in a general election are not paying attention yet. He is open to being defined as a leftwing, corrupt politician."

Norquist’s comments will be music to the ears of Hillary Clinton, Obama's Democratic rival, who believes Obama has not been sufficiently "vetted" for the White House. She has been unable to attack him too vociferously without risking a backlash from Democratic primary voters, but Republicans may salvage her campaign by doing the job for her.

As [James] Dobson warmed to Romney — the two had a getting-to-know-you session at Focus' headquarters last year — he could have opened a dialogue with his millions of radio listeners about why evangelicals should feel comfortable voting for a Mormon, even if they rejected his theology.

Instead, he took public swipes at Republican candidates Rudy Giuliani, Fred Thompson and John McCain, leaving his evangelical fans to deduce his support for Romney and Huckabee by process of elimination.

An online voter guide issued by Focus on the Family Action, Focus' political wing, favored Romney over the other candidates, but it attempted to gloss over the "Mormon issue." "(Romney) has acknowledged that Mormonism is not a Christian faith, and I appreciate his acknowledging that," a Focus rep claimed in a video featured in the guide. When a Romney spokesman denied that the candidate had said as much, evangelicals were left with more questions about whether they could support a Mormon.

The possibility that a colored man will become the Democratic candidate, against all initial predictions, is growing as his movement gains impetus. . . . Despair is creeping into the opposing field. Everything signals an unsteady Hilary who has lost her way and even her composure to the point of changing her strategist. . . . If Barack wins thereafter the presidency of the , he will be the first leftist politician in that country and another signal of the present and future times in this continent.

For those questioning Barack Obama's appeal to women voters, or his prioritization of "women's issues," from health to abuse to choice, I think it's wise to note that despite the dreams from his father, Obama's domestic existence has been dominated by females since birth--in every direction. A single mother raised him, and he, in turn is raising two young girls. Horizontally, of course there is Michelle (whose role as a 'strong woman' compass is getting quite the airing this week) and his sister, Maya Soetoro-Ng, a teacher in .

Over the past couple decades, prior to the Bush Era, the people who needed the sort of psychological fulfillment that comes from prancing around as Hofstadterian faux-warriors waging Civilization Wars obtained their fulfillment from playing board and video games or, at worst, dressing up on the weekend in camouflage costumes and -- rather than playing golf or going fishing -- marched around in militia formations, primed to defend the nation from Janet Reno and her squadrons of hovering U.N. black helicopters. It was equally pathetic, but at least the damage was minimal.

But the 9/11 attacks and ensuing events catapulted their paranoia and powerlessness syndromes from clownish sideshow to dominant political faction. And their fevered, self-serving fantasies have empowered the Federal Government beyond anyone's wildest dreams, created a completely out-of-control domestic surveillance state, subordinated even the rule of law to the lawless dictates of Security State officials, and dismantled long-standing constitutional protections and political values so basic that they were previously beyond debate. In Civilization Wars, all is fair and justified -- torture, lawbreaking, domestic spying, limitless government power, because the imperative of their crusade outweighs all.

A technical glitch gave the F.B.I. access to the e-mail messages from an entire computer network — perhaps hundreds of accounts or more — instead of simply the lone e-mail address that was approved by a secret intelligence court as part of a national security investigation, according to an internal report of the 2006 episode.

. . . The episode is an unusual example of what has become a regular if little-noticed occurrence, as American officials have expanded their technological tools: government officials, or the private companies they rely on for surveillance operations, sometimes foul up their instructions about what they can and cannot collect.

It all began when [Greek] PM Constantine Karamanlis named his old friend Mr. Zachopoulos as the general secretary of the Ministry of Culture. Zachopoulos, a fatty and rather short even for a Greek, was married, but began an affair with his secretary once ensconced in his powerful role. The secretary, too, was a fatty, so it was a natural, as they say in . But then something happened, and the secretary decided to videotape their assignations. Some newspapers insist it was done in order to be reviewed later in case his ardor flagged. Others say she had blackmail in mind. In any case, the tapes landed on the desk of Proto Thema, a scandal sheet published every Sunday in order to spoil the week for those who are mentioned in its pages. It sure spoiled poor Zachopoulos's week, because after reading about his escapades—the scandal sheet showed parts of the tape—he threw himself out of a fourth floor window.