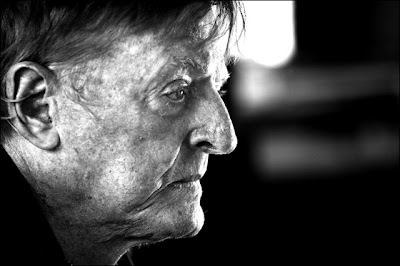 Say what you will about William F. Buckley's contributions to conservatism and civil discourse. They were immense. But he picked a really lousy time to die.

Republican conservatism today bears scant resemblance to the movement that Buckley nurtured over a half century as the founder and longtime editor of National Review, a widely read syndicated columnist and host of the popular Firing Line program on PBS.

There is no question that Buckley's greatest achievement was making conservatism respectable.,

If it was a neoconservative brain trust that was the engine behind the ascendancy of George Walker Bush and helped open the door to the extremists who have hijacked his beloved GOP, it was Buckley more than anyone else who was responsible for the nomination of Barry Goldwater in 1964 and the coming of Ronald Reagan in 1980, who checked the liberal advances made since the New Deal in the 1930s.

Buckley, ever the independent and outspoken thinker, had been one of the first conservatives to break with Bush. I can only imagine that he went to his grave embittered over how his legacy has been so tarnished by self described conservatives drunk with power who champion fear mongering and cultural warfare above all else.

Buckley, who died earlier today, was 82 and had been suffering from diabetes and emphysema.

In keeping with his patrician bearing, William Frank "Bill" Buckley Jr. was born in 1925 to an oil baron lawyer of Irish-Catholic descent and a Southerner of Swiss-German descent. His first and second languages were Spanish and French, and he didn't have any formal training in English until he was seven.

His childhood was an idyll filled with horseback riding, sailing and skiing, and he developed a fondness for music and storytelling at an early age.

After attending a series of finishing schools, Buckley went to university in before being commissioned a second lieutenant in the U.S. Army in 1943. After the war ended, he enrolled in Yale University, where he became a member of the secret Skull and Bones society as both George Bushes were to do, and was a member of the Conservative Party and of the Yale Political Union.

Buckley was recruited into the Central Intelligence Agency in 1951, but served less than a year – most of it in under the supervision of Watergate figure E. Howard Hunt – before turning to politics and writing full time.

He initially was a strong defender of U.S. Senator Joseph McCarthy and his crusade against communism, but his ardor cooled as an American Mercury editor and later as founder of National Review in which he tirelessly promoted the union of traditional conservatism with libertarianism.

Buckley helped form Young Americans for Freedom in 1960 and used the National Review as a forum to push Goldwater's nomination and candidacy in 1964.

His only run for political office came the following year when he faced off against and lost to fellow Republican and Yale alumnus John V. Lindsay in the mayoral primary.

Asked what he would have done if he had won, he replied: "I'd demand a recount." Lindsay later became a Democrat.

In 1968, Buckley and novelist Gore Vidal kicked off a years long feud over how demonstrators were treated outside the Democratic National Convention that year. Buckley supported Chicago Mayor Richard J. Daley's jackbooted riot police and Vidal was deeply critical of them, leading Vidal to call Buckley "a proto- or crypto-Nazi," to which Buckley responded during a televised debate: "Now listen, you queer, stop calling me a crypto-Nazi or I will sock you in your goddamn face, and you will stay plastered."

In 1973, Buckley served as a delegate to the U.N. and as he had with Goldwater, gave Reagan his blessing in the former B-movie actor and governor's successful 1980 run for the White House.

Many Americans, myself included, knew Buckley through his weekly Firing Line show, which ran from 1966 to 1999, and delighted in his gentle and often humorous grilling of guests and use of big words.

He also wrote nearly 50 books, including spy novels, and edited many more.

Buckley retired as active editor from National Review in 1990 but continued to write his syndicated column, which he may have been doing when he was found dead at his desk on his estate.

Photograph by Nubar Alexanian
Posted by Shaun Mullen at 12:20 PM
Email ThisBlogThis!Share to TwitterShare to FacebookShare to Pinterest

In this country, we never know how much we owe to such men. This country produces many of them, but not enough. Crossfire was an inspiration to me. I was never a conservative, but I admired more than a few. Goldwater was a good man too.