Sweeping Up After Super Tuesday 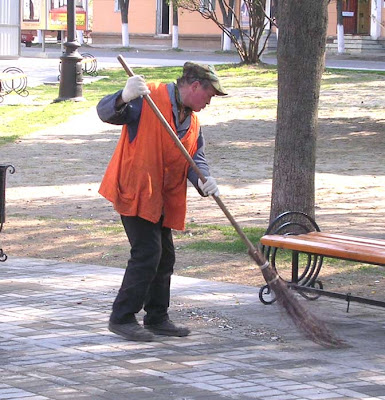 Some odds and ends, in no particular order, as we motor away from Super Tuesday into The Great Unknown:

Silliest Concern Going into Super Tuesday: That Hillary Clinton would win because the people who attended a primary eve Grateful Dead fundraiser for Barack Obama would be so wacked out the next day that they wouldn't make it to the polls.

Silliest Concern Coming Out of Super Tuesday: That evangelical blabbermouth James Dobson will have a major say in the November election.

The Ugly Rearing of Head Award: Goes to the return of the destructive identity politics have has dogged the Democratic Party in the past. Exit polls showed that most women voted for Clinton and most blacks for Obama.

Amazing Factoid: Obama has more money on hand than all of the other candidates in both parties combined, or at least until Mitt Romney writes himself another check.

Speaking of Money: Romney has spent $1.6 million per delegate.

The Big Super Tuesday Dig Award: Goes to former White House mouthpiece Ari Fleischer for saying that "There is no doubt . . . we hope and pray every night to run against Hillary Clinton."

The Gratuitous Super Tuesday Dig Award: Goes to Clinton for saying that "I want to thank all my friends and family—particularly my mother, who was born before women could vote and is watching her daughter on this stage tonight."

Phantoms of the Opera: Come Democratic Convention time, will those blackballed Michigan and Florida delegates matter?

The So What Award: Goes to voters in Massachusetts who seemed unmoved by all the hype over various Kennedy family endorsements.

Damned Demographics: One reason that pollsters are having fits is that Obama did well in rural states like and where the demographics would seem to favor .

Retail Politics Works: Some people scoffed when Obama opened storefront campaign offices in backwaters like Alaska, but guess what? He carried Alaska and other backwater states like . . . well, Kansas and North Dakota where he had extensive organizations.

Biggest Open Secret: The Republican Party is a mess.

Second Biggest Open Secret: The once fearsome conservative Republican base has lost its bite.

The Lord's Prayer Award: Goes to evangelicals who continue to turn out in droves for Mike Huckabee, which greased the skids for his impressive showing in the South.

Stupidest Comment: Democratic Party Chairman Howard Dean suggesting that Clinton and Obama should "make some kind of an arrangement" if neither has enough delegates to win the nomination.

Going For Brokered: Dean's idiotic statement aside, people who have been drooling at the prospect of one or even two brokered national conventions this summer for the first time since forever will not get their wish.

Why No Going For Brokered?: Because you need at least three viable candidates to broker a convention.

The Future Is Now Award: Goes to Californians where half of all voters cast ballots by mail, many before Obama caught fire.

Let the Veepstakes Begin: Anyone for McCain-Huckabee?

The Isn't It Incredible Award: Goes to Obama, whose grandfather couldn't even vote in the Southern state where he lived but whose descendants turned out in droves to vote for a man who could become the first African-American president.

Quotable: WaPo columnist Harold Meyerson writes that "McCain's victories have been chiefly a triumph of biography over ideology."

Coming Up Fast: Primaries next Tuesday in the District of Columbia, Maryland and Virginia with 237 delegates up for grabs.

Are We There Yet?: The last primary (Puerto Rico on June 7) is four months off. Ahem.

According to exit polls I heard, Clinton won among voters who made up their minds at the last moment. 'Splain that!