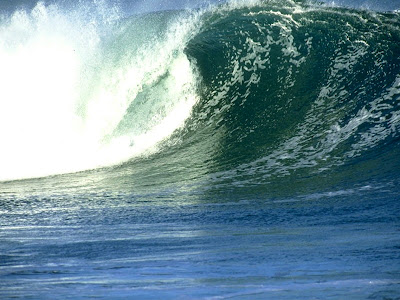 Hillary Clinton is a notorious control freak. Fifteen years ago, that resulted in the Hindenburg-like crash of her national health-care initiative, while more recently it was planted audience questions.

After years of meticulous planning, Clinton launched her presidential campaign on January 20, 2007 with the words "I'm in. And I'm in to win." It must have seemed to her like a can't miss proposition or something awfully close as the strongest Democratic candidate and with the Republican Party in disarray. She could be forgiven thinking that it would be she taking the oath of office exactly two years hence.

Further down in a CNN story on her announcement it was noted that Senator Barack Obama was filing papers to form a presidential exploratory committee. That news probably gave Clinton little pause since she would face competitors who probably would be more challenging, including John Edwards, Christopher Dodd, Bill Richardson and Joe Biden.

Nor is it likely that was concerned when Obama threw his hat into the ring three weeks later, drawing on a strategy devised with David Axelrod, his campaign chief of staff, in stating solemnly that "I recognize there is a certain presumptuousness -- a certain audacity -- to this announcement. I know I haven't spent a lot of time learning the ways of . But I've been there long enough to know that the ways of must change."

In fact, probably viewed Obama's message as rank naivete. The mainstream media certainly did not take him particularly seriously and many pundits dismissed the message as a rhetorical high-wire act.

But now, some 13 months later, the control freak has lost control of her own destiny and is paying dearly for the kind of arrogance and hubris that has been a hallmark of the Bush administration.

Yes, she can hunker down and redouble her efforts on the stump. Yes, her presumptive firewall – voters in the delegate-rich and primaries on March 4 – may stand and deliver. Yes, Obama may commit a gaffe of such magnitude that he is stopped dead in his tracks.

But the nomination suddenly and not implausibly seems to be Obama's to lose as his message draws in one demographic group after another with every succeeding round of primaries and what initially was a fairly narrow base grows into a robust coalition.

In hindsight -- and although the extent of this phenomenon can only be seen in hindsight -- it's not hard to understand why Clinton is eating Obama's dust these days:

s advisors didn't have a clue that just beyond the range of the naked eye, and certainly beyond their smug experience as political establishmentarians whose big paydays arrive with quadrennial regularity, a mighty wave of Americans thirsty for change was building. A wave that would break on the electoral shore with such force that would obliterate practically everything standing in its path and drag out to sea all but the most hearty swimmers on its riptide.

Clinton herself certainly wouldn't have had an inkling of that as she approved a campaign strategy in which she would position herself as Ms. Inevitable, her high negatives be damned, and her competitors would play themselves out nipping at her well-financed heels.

Although Obama surely believed in his hope-and-change mantra, I don't think that even he understood the implications of beginning his improbable run just as that wave was breaking. This is because even if he understood that there might be sentiment for change that could be harnessed to his benefit, the profound hopes, fears, rack, ruin and war weariness packed into the wave could not be fully comprehended a year ago, while the energy that he has accrued from it is simply astounding.

Astounding in no small part because many of us in the punditocracy, myself included, never made much effort to put faces on the misery and ill will that George Bush has visited upon the land. They were an abstraction, not men and women, whites and blacks, rich and poor, struggling middle-class stakeholders, small businesspeople and disabled returning war veterans, who make the wave so powerful.

So now is clinging to the jetty, and her message of experience and nipping and tucking to fix what ails seems paltry next to Obama's bold vision of generational change.

The wave has broken. Will be able to fight off the riptide?