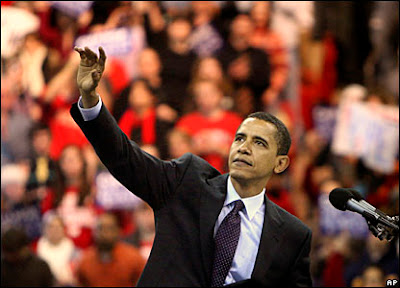 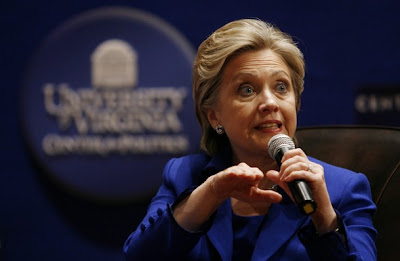 Barack Obama made a tentative believer out of me several months ago. I believed that his hope-and-change message had great merit but lacked substance and his candidacy would not have the legs to survive the Super Tuesday primaries.

Despite a setback in New Hampshire and a draw in Nevada, Obama has been literally hell bent for election for weeks now. He has added substance to his message, campaigned with a passion not seen on the presidential campaign stump in my lifetime and raised twice as much money as Hillary Clinton while attracting a cross section of voters that is stunning.

While the Obama Avalanche has accelerated, Clinton has been stuck in neutral because of a failed strategy of presenting herself as having an aura of inevitability at a time when voters thirst for change and not the same old-same old.

Compared to Obama, Clinton has been a lackadaisical campaigner with a muddled message, nowhere more so than about the deeply unpopular Iraq war. Her husband alienated and did not attract voters at a crucial juncture. There are the aforementioned money woes. She waited too long to dismiss a campaign manager who was valued for her loyalty but lacked political smarts, while a deputy campaign manager has now resigned in what looks to be a fullblown shakeup as Clinton's viability hangs in the balance.

In a stunning abdication, Clinton and her handlers now say that she never expected to win any February contests despite there having been primaries and caucuses in several states, including Maine and Virginia, that seemed tailor made for her.

Giving the finger to her supporters in Maryland, the District of Columbia, and Virginia, where her campaign is headquartered, Clinton jetted off to Texas as the Potomac Primaries polls opened. This, it was explained, is because Texas and Ohio, which hold delegate-rich primaries on March 4, are now her firewall.

In a self-fulfilling prophecy, Obama spanked Clinton hard in yesterday's primaries, beating her by a 51 percent margin in Washington, D.C., 28 percent in Virginia and 22 percent in Maryland by drawing voters from virtually every demographic group.

Exit polls in Maryland and Virginia showed that he took 60 to 70 percent of the vote among young voters and independents, and 90 percent of the votes among African-Americans. He edged Clinton among older, blue-collar and white voters, and most troubling for Clinton, among women.

Obama now leads the convention delegate count 1,223-1,198, according to The Associated Press.

In a victory speech last night Obama turned his attention to presumptive Republican nominee John McCain: "John McCain is an American hero. We honor his service to our nation. But his priorities don’t address the real problems of the American people, because they are bound to the failed policies of the past."

McCain, who swept the GOP's Potamac Primaries, fired back in his own victory speech. While not mentioning Obama by name, he declared that "To encourage a country with only rhetoric rather than sound and proven ideas that trust in the strength and courage of free people is not a promise of hope. It is a platitude."

So here's another prophecy: The Clinton campaign has been too clever by half, too image conscience by twice that and too obsessed with spinning every jot and tittle by thrice that. As a consequence, Texas and Ohio may no longer be firewalls but mirages. Absent a huge gaffe by Obama, the campaign of Hillary Rodham Clinton may be over and not even superdelegates will be able to bail her out.

Obama's extraordinary success is not merely because of Clinton's failure to excite, while his improbable drive to the nomination and perhaps becoming the first African-American to occupy the White House despite a deep national vein of racism is not occurring in a vacuum.

Large swaths of the public in all of its American Idol Oprah Winfrey Sport Utility Vehicle Apple Pie Super Bowl quirkiness is embracing a freshman U.S. senator arguably short on experience but long on vision as their agent for an Extreme American Makeover.

Karl Rove, appearing on FOX News last night 2/12, commented on the Democratic primary in Texas.
He stated that delegates were apportioned by district, a la CA I presume, and allocated a number of delegates per district based on number of voters in each district.
This is important why? Because Obama should win (with the outsize percentage numbers needed to really gain a delegate edge) two big city (Dallas & Houston) districts with heavy black voter concentrations.
What I think he was implying is that if Hillary generally wins Texas at a 58% to 42% clip but Obama wins the large city vote 70% to 30%, BO's likely to blunt the delegate result of such a Clinton win and he could end up with the most delegates.
Postscript: Apparently primary delegates meet to select state delegates after election, caucus style, then national delegates, caucus style, all of which processes favor OBAMA.

You know those trey stupid socialistic European countries that provide safety nets for their citizens? They're kicking our butts.

I am concerned about your prevalent sexist language. Do you recognize it?

Would you have said that about McCain and Huckabee??? Or what if Clinton had won? Would you say "Clinton spanked Obama hard"?