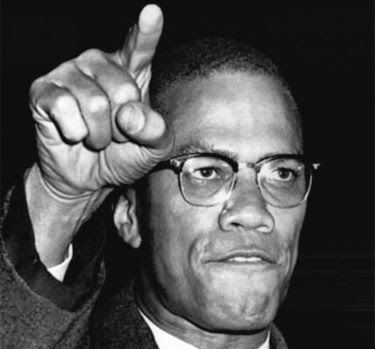 What would Malcolm X think of Barack Obama’s quest for the presidency?

The answer depends upon which Malcolm X you are talking about, or perhaps identify with.

Malcolm X the angry father of Black Power? The closet conservative? The Pan-African socialist? The Black Muslim? The Sunni Muslim?

The question is probably unanswerable, but it is worth pondering on this the 43rd anniversary of his assassination because so much has changed in black – and in some respects too little.

As a great orator himself, Malcom X certainly would have appreciated Obama’s speaking skills and power to motivate. Late in life he began reaching out to white people and inclusiveness is a theme of Obama’s campaign.

Malcolm X the post Nation Of Islam, the true Muslim would have probably approved of Barrack. He would have admired his deliverence and speaking skills. He probably would have been proud to see this day come. He might have have made a contraversial comment or two, but overall he would have stayed behind him.

I think if we're talking about the Malcolm X just before his death, he would have approved of BHO, because he saw the bigger picture and realised that working across the political spectrum, and racial spectrum, is the way to achieve it.

Many reasons, but I think that Malcolm realized that American politicians are corporate entities, who owe their allegiance to powers other than their constituents.

I cannot see Malcolm X, who once said "you show me a capitalist, I'll show you a bloodsucker" endorsing a candidate who received campaign contributions from so many big business entities.

I think Malcolm would have realized that the two major parties are corrupt: I could see him supporting Cynthia McKinney, or another minor candidate. But remember, Malcolm was no friend of the Democratic Party: he was no fan of JFK, despite the hype surrounding him, so I don't believe he would have blindly followed the Obama hype.

Malcolm X was a leader, not a follower.