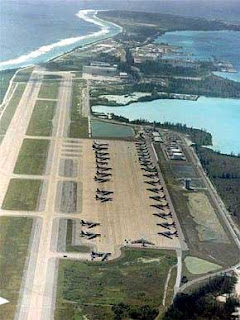 The number of occasions in which the Bush administration has resorted to deceit and lying to protect its own interests, as opposed to the national interest, is staggering, while the damage it has done to the U.S.'s image abroad is incalculable.

The New York Times' John Burns reports from London that:

"In tones freighted with frustration, Britain's foreign secretary, David Miliband, on Thursday told the House of Commons that 'contrary to earlier explicit assurances' the Central Intelligence Agency had confirmed using an American-operated airfield on the British island of Diego Garcia in the Indian Ocean for refuelling two American 'rendition' flights carrying terrorism suspects in 2002.

. . . [T]he admission could add to the animosity the government here has aroused, particularly with Labor’s left wing, over its alliance with the United States in the wars in Afghanistan and Iraq."

"Mr. Miliband’s statement prompted protests from members of Parliament from various parties and from British-based human rights groups that had contended for years that had been a knowing or unknowing partner in the American use of rendition flights."