How To Fill the GOP's Black Hole? 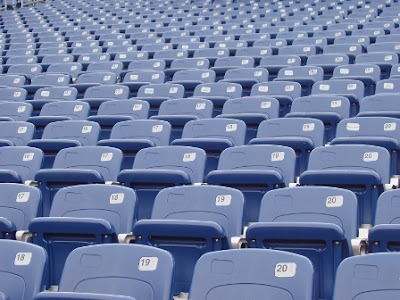 BLACK REPUBLICANS MEET
I got into a pretty lively debate with a blog radio talk show host earlier this week over the Republican Party doing a pretty good imitation of not only being exclusionary to blacks but showing no interest in changing that unfortunate state of affairs.

The host, a Republican activist from a Midwestern state who has no great affection for George Bush but notes that he has named a goodly number of black officials to Cabinet and other posts, took umbrage at my assertion and after some nudging made a pretty good point:

It's not that the GOP goes out of its way to exclude blacks, but it has been so preoccupied with its own agenda that blacks have every reason to feel left out.

Now I suppose that is damning with faint praise since Bush appointed those blacks and they were not elected, and I suppose the whole discussion was probably ill timed since the Democratic nominee looks more and more like it will be an African-American.


Additionally, I am of the view that even though John McCain will give the Democratic nominee a good run for their money, the GOP defeat nationally, congressionally and even at the state level will be enormous and only then -- and maybe only then -- Republicans who have a stake in regrowing the party will take a long, hard look in the mirror at their Caucasian selves and vow to begin turning things around.

The radio host had a damned good idea how to begin that process -- at the very grassroots level where Barack Obama has had such extraordinary success with coalition building. She noted that her local Republican organization is reaching out to blacks and other minorities. It knows that it can't turn the trick overnight, but is determined to succeed.

As is the Republican National Committee's very public smack down of the shameless Robin Smith, the Tennessee state committee's chairman, for refusing to pull an "Anti-Semites For Obama" piece that begins:

"The Tennessee Republican Party today joins a growing chorus of Americans concerned about the future of the nation of Israel, the only stable democracy in the Middle East, if Sen. Barack Hussein Obama is elected president of the United States."

A modest suggestion: If the GOP is serious about cleaning its Augean stables, forcing Smith to quit -- with or without an apology -- would be a terrific start, but methinks that it knows exactly what Smith knows. Her pedagogery appeals to the party's red-meat base.
Posted by Shaun Mullen at 5:21 AM
Email ThisBlogThis!Share to TwitterShare to FacebookShare to Pinterest