A Shortage of Credibility & Fairness 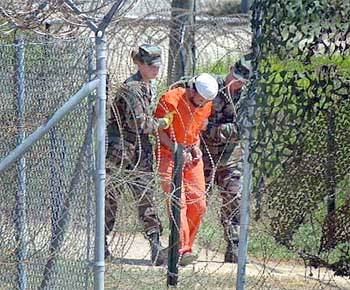 If credibility and fairness were not necessary ingredients of a criminal-justice system, then the bolt-out-of-the-blue announcement that six detainees will be tried before a military tribunal – and if found guilty executed – for their roles in the 9/11 terror attacks might be viewed as belatedly taking care of business.

But as it is, there is a decided shortage of both credibility and fairness.

There has not been a single successful trial before a military tribunal in the six and a half years since the attacks because of the Bush administration has been repeatedly taken to task by federal courts for its embrace of extralegal prosecutions, the key defendant among the six was waterboarded, and the timing of the announcement stinks of political expedience and not justice being served.

No, Khalid Shaikh Mohammed, the former Al Qaeda operations chief who has described himself as the mastermind of the attacks, and the five other defendants are not nice people, but that does not eliminate the Bush administration's obligation to play by the rules.

As it is, if the trial ever begins – and I have doubts about that – it will be widely viewed as a kangaroo court around the world and yet another instance of a presidency that has used the War on Terror to rob its own citizens of the very rights that it supposedly was defending in going after terrorists.