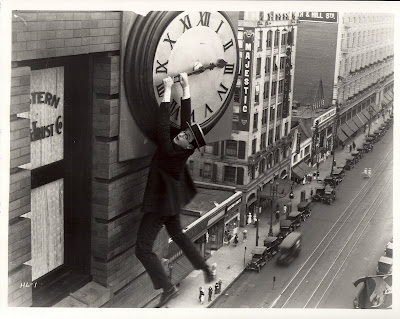 A fresh batch of data on Friday presented a bleak picture of the economy, with rising prices of imported goods, struggling manufacturing and an erosion in consumer confidence.

With the price of oil near record levels, import costs grew in January at the highest annual rate in a quarter century, the Labor Department said. In New York, manufacturing activity fell to its lowest level in five years. And consumers, responding to a national survey, said they felt worse about the economy than any time since the recession era of the early 1990s.

The banking industry, struggling to contain the fallout from the mortgage debacle, is urgently shopping proposals to Congress and the Bush administration that could shift some of the risk for troubled loans to the federal government.

One proposal, advanced by officials at Credit Suisse Group, would expand the scope of loans guaranteed by the Federal Housing Administration. The proposal would let the FHA guarantee mortgage refinancings by some delinquent borrowers.

Citigroup has barred investors in one of its hedge funds from withdrawing their money, and a new leveraged fund lost 52 percent in its first three months . . . The largest U.S. bank suspended redemptions in CSO Partners, a fund specializing in corporate debt, after investors tried to pull more than 30 percent of its roughly $500 million of assets, the newspaper said. Citigroup injected $100 million to stabilize the fund, which lost 10.9 percent last year, the Wall Street Journal reported.

The fund's manager, John Pickett, left following a dispute with Citigroup executives and complaints from investors after he tried to back out from committing more than half the fund's assets to buy leveraged loans tied to a German media company, the newspaper said. That matter was settled when CSO agreed to buy $746 million of the loans at face value, though they were trading at 86 percent to 93 percent of face value, it said.

When an asset like real estate becomes overvalued, even if you drop interest rates to zero, you can't force consumers to borrow more, because they've already borrowed too much. Nor can you force lenders to lend, because they're already puking on "bad paper." It's called a liquidity trap.

Conservative leaning groups are forming a nice little circular firing squad. This time a decent size sector trade and lobbying group, the National Association of Home Builders, is threatening to withhold its political donations because the federal government has not handed them enough goodies in the past couple of years. Besides ensuring the only long bonds available were mortgages, keeping the regulatory barn door open after the horses were hitched, trotted out of the gate, ridden hard, rubbed down, put away, fed and taken out again the next morning, and getting the IRS residual value interest deduction that they lobbied for, they got absolutely nothing in the past couple of years.

The world's banks "remain at risk'' of up to $203 billion in additional writedowns, largely because the bond insurance crisis could worsen, UBS AG said.

"Banks have made progress in credit-market related writedowns,'' London-based UBS analyst Philip Finch said in a note to investors today. "But more are expected,'' he added.

Writedowns for collateralized debt obligations and subprime related losses already total $150 billion, Finch estimated. That could rise by a further $120 billion for CDOs, $50 billion for structured investment vehicles, $18 billion for commercial mortgage-backed securities and $15 billion for leveraged buyouts, UBS said. "Risks are rising and spreading and liquidity conditions are still far from normal,'' the note said.

Today, we're witnessing another kind of contagion, not so much across countries as across markets. Troubles that began a little over a year ago in an obscure corner of the financial system, BBB-minus subprime-mortgage-backed securities, have spread to corporate bonds, auto loans, credit cards and now — the latest casualty — student loans.

Indeed, this week the state of suspended a major student-loan program because of the sudden collapse of another $300 billion market you’ve never heard of, the market for auction-rate securities.

Why has a crisis that began with loans to a limited group of home buyers ended up disrupting so much of the financial system? Because, ultimately, it’s more than a subprime crisis; indeed, it's more than a housing crisis. It's a crisis of faith.

Right now, I would like to put every City trader and master-of-the universe banker into an offshore penal colony where they would have to make their own clothes out of copies of The Wall Street Journal, cook a ration of rice in a dung-oven, and read at least one important book a day. I think they can all begin with Das Kapital, not because Marxism is a viable economic model, but because the rich West urgently needs to remember that making money is neither an end in itself, nor an activity that commands respect.

In an effort to get the city's budget balanced, is developing ways to level taxes on certain services that are disproportionately utilized by the wealthy. And I’m all for that — right up until the point where they level especially high taxes on services that are used almost entirely by women.

I'm not sure that cosmetic surgery and treatments are "vital," but it does seem a bit unfair to target women for what amounts to a beauty tax — especially when it's been shown that a woman's physical appearance has a direct impact on her compensation and her hiring prospects. Older women are offered lower salaries than younger ones; fat women make less money than thin women; mothers make less money than women without children. It's economically rational for women to try to make themselves look younger. For a lot of women, it does feel like a necessity, not a luxury.