Happy Blogroll Amnesty Day To You 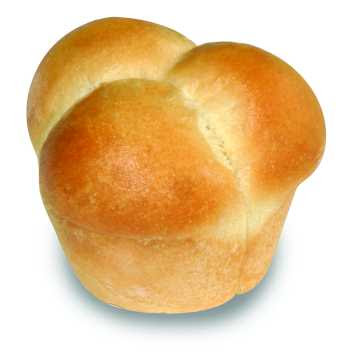 Kiko's House is honored to have been asked to participate in 2008 Blogroll Amnesty Day.

As best I can figure, this is a day when we celebrate new and small bloggers by making sure that they are well represented on blogrolls, which are those lists of links to blogs that snake down the sidebars of many blogs. The day, which many bloggers of distinction mark on February 3, began in reaction to big bloggers dumping small bloggers from their blogrolls or eliminating blogrolls altogether, which is like denying oxygen to a widdle baby with breathing problems.

By any measure, Kiko's House is a small blog, ranking somewhere in the 30 thousands among the 3 million blogs tracked by Technorati, and it only recently passed the 100,000-visitor mark, which can be attributed to the cats finally mastering the reload key on my computer. It also turns out that Kiko's House really hasn't been visited by people from nearly 120 countries, as my Sitemeter had indicated. That robust number can be attributed to my crazy Uncle Leo squandering his inheritance as he globetrots and sees how many countries he can access his nephew's blog from. So being included on blogrolls can be really important.

The cats and I actually spend a fair amount of time on the Kiko's House blogroll as compared to many blogs where the blogroll hasn't been touched since forever.

In just the last few weeks we've added and heartily recommend The Big Picture, Buck Naked Politics, Cocktail Party Physics, The Crone Speaks, Done With Mirrors, Eunomia, Middle Earth Journal, Moue Magazine, The Political Cat, Rotus, Some of Nothing, Taki's Top Drawer , TPC-Culture Vultures and Wet Machine because the people who write at those blogs are really good, are fond of cats or I'm trying to suck up to them and get invited to appear on their radio show.

I very seldom remove blogs from my blogroll. Althouse is still on there because I'm afraid Ann will yell at me if I take her off. There also are a fair number of right-of-center blogs. I don't necessary agree with what these bloggers have to say, but they're often a worthy counterbalance to what I have to say.

So if I've snubbed your blog, I apologize. That can be easily rectified by an email and a stop by the Neiman-Marcus gift registry. I look really good in red.

you are, as the chosen people say, a mensch!

Quoi? No Some of Nothing? This omission will go on your permanent record.

Thanks to Skippy and Jon Swift, and Blogroll Amnesty Day, I found you over at Rotus' site. I'm putting you on my blogroll. Sorry, I can't afford Needless Markup, so I will offer Cat Pleas from Casa de Los Gatos - "We can hasz ur blogroll?" - and offers of a cup of tea and hospitality over at the old homestead.

I have reciprocated. Thank you.

The Other Blog, which is mostly managed by Ms. Manitoba but (caveat) features me as a whilom contributor, just linked to you as well. So, if you would be so kind, may we beseech a further linky?

Of course, it helps if your HTML actually bloody works.

That's The Other Blog. Thanks.

I be a fool for kulture. Link added.

The Crone Speaks is always looking for new blogs to read. and in the spirit of BAD, has added you to her roll.

Greetings! Happy Blog Amnesty Eve. You have been added to our blogroll. We have an open door blogroll so anyone else that wants on, come over and drop us a line. I'll have Will get out the good china from under the victrola.

Well, the kitties have a problematic relationship with mousies, so . . . Oh, wait! It's Moue magazine.

On a unaninmouse vote, we've added you.

My cats threatened to eat my laser mouse if I didn't add you to my blogroll. I have conceded to their demands. You have a furry but devoted following it seems.

Hello,
In honor of Blogroll Amnesty Day I have added your blog link to my blogroll at robsingleton.net. Please link mine to yours in return. Thank you!

Kiko, You can come on my radio show any time.

I have added your site on my website http://www.forexfreedownload.com
Kindly add our link on your website by any one of the following method..