Why So Few Medals of Honor in Iraq? 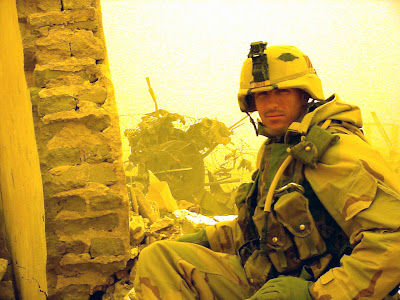 A HERO? YOU BET.
As noted in the previous post, another casualty of the Iraq war is that fewer medals and fewer medals of distinction for bravery are being awarded because they call attention to the war's bloody realities.

A veteran blogger who has spent considerable time in Iraq tells me that:

"Company commanders . . . complain that the awards they submit are constantly downgraded as they go up the chain of command."

Some 300,000-plus Americans have served in , and there also has been some criticism that the Medal of Honor, the nation’s highest military decoration, had only been awarded twice.

Here are the number of medal winners for major conflicts since the Civil War:

Perhaps in keeping with the Pentagon's overall policy, it would appear that there indeed have been a disproportionately low number of Iraq recipients, but having just pounded the military for its suppression policy, the Medal of Honor explanation is too simplistic.

A better explanation is that beyond the invasion in the spring of 2003, two major battles in Fallujah and a small number of other battles, there (thankfully) has been little opportunity for soldiers to be in the kind of extreme situations that Medal of Honor winners have experienced in other wars.