Another Day, Another Pack of Lies 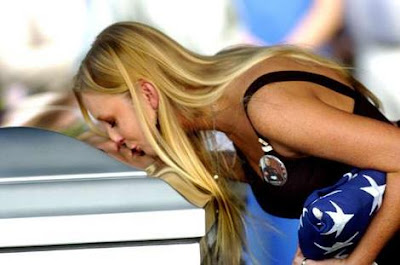 When historians look back on the long, sad history of the Iraq war, July 24, 2007 will be illustrative of the sad era in which we live: At a time when the American people were all but begging President Bush to find his way out of Iraq, he stubbornly kept changing the subject and yet again lied to them in declaring why our men and women should continue to shed their blood in the service of his fool's mission.

First, and with the president's tacit approval, yet another plan on how everything was going to turn out all right was trotted out for public consumption. Not only did it not answer the American peoples' plea, it flatly stated that troops would remain in well past the presidential election and at least through 2009, confirming that it was his intention to dump the whole mess on his successor.

Secondly, the president again claimed that Al Qaeda in was the same crowd that flew passenger jets into the , Pentagon and a field in western on September 11, 2001. While he was somewhat more circumspect in the language that he used, a reaction to previous outcries when he has made this bogus connection, he continued to refuse to accept the obvious: Al Qaeda in is flourishing because of him and his war and as a consequence has become the single biggest recruiting tool for the global Islamic jihad.

Having squandered his mandate and brought the Republican Party to its knees, it is no wonder that the Decider in Chief continues to invoke promises he cannot keep and deadlines that he cannot meet. But when historians look back on this day, it certainly would be reasonable to wonder what possessed this man to wreak such suffering on his own people.

Posted by Shaun Mullen at 7:24 AM
Email ThisBlogThis!Share to TwitterShare to FacebookShare to Pinterest