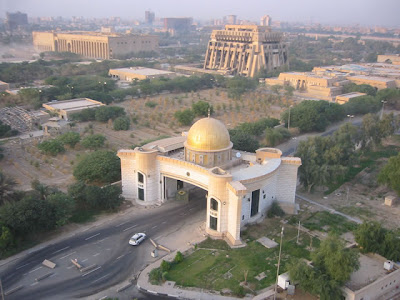 Fair question given the uptick in rocket and mortar attacks in the Green Zone in , the most recent of which killed an American soldier and two other people and wounded 25.

Juan Cole puts this in perspective:

"The Green Zone was originally supposed to be the safe place in , with the area outside it (everything else) called the Red Zone. The U.S. Embassy in Baghdad appears to have forgotten what the phrase Green Zone means, since a spokesman there told the LAT, 'There's fire into the Green Zone virtually every day, so I can't draw any conclusions about the security situation based on that . . .'

"Let me draw the conclusion. If you've got fire into the friggin' Green Zone every day, then we can draw the conclusion that the security situation in sucks big time. When you've got people killed and a large number of people wounded in the one place in that was supposed to have a ‘permissive’ security environment, then security in general is the pits."