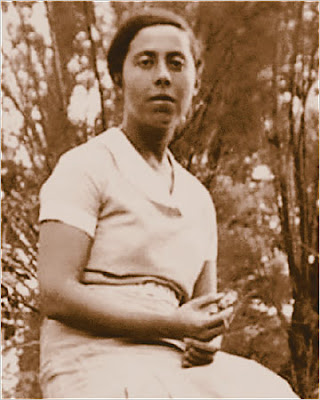 This paperback is very interesting, but I find it will never place a hardcover book -- it makes a very poor doorstop.

The Internet and blogosphere notwithstanding, we live in an age of great books. Well, perhaps every age since Johannes Gutenberg invented moveable type around 1450 is a great age for books, but I revel in and continue to be amazed at at the incredible breadth and depth of the contemporary bookshelf.


Following are five books that I’d recommend for summer reading. None are long, can be read between swims in the ocean, dips in the pool or TSA body searches at the airport, and are available in paperback.

FALLING THROUGH THE EARTH

This 2006 memoir is about author Danielle Trussoni’s journey to try to understand her father, Daniel, by turns a nasty and loving man who was a "tunnel rat" in Vietnam, a nightmarishly dangerous job that involved hunting for Viet Cong guerrillas in their subterranean labyrinths.

When Daniel moved out after a bitter break-up with her mother, Danielle followed him. Most of Falling concerns her life with her father -- much of it in various smoky bars communing with his friends and lovers -- and her efforts to learn who he was before the war so inextricably changed him. Trussoni herself travels to , and it should come as no surprise that Falling also is a story of self discovery.

Trussoni writes with a direct, spare and unaffected style that makes Falling even more engaging. It is a book for our times, as well, with soldiers coming home from and who like her father will be changed forever.

Beware when anyone tries to tell you that a book is magical, but this one is.

The plot line of this 2001 novel by Canadian writer Yann Martel is simple: A young man and a 450-pound Bengal tiger spend 227 days in a lifeboat in the Pacific, and the young man learns a lot more than just how to stay at his end of the boat.

The young man is Pi, the 16-year-old son of a zookeeper who tries on religious faiths like outfits of clothing. But after a harrowing shipwreck he finds himself drifting in a 26-foot lifeboat with the tiger, named Richard Parker, and a zebra, spotted hyena and orangutan.

To say that Pi finds faith as he struggles to survive one hallucinatory experience after another is an understatement. Does Life of Pi have a happy ending? You’ll have to be the judge.

THE MAN WHO WOULD BE KING

The full title of this fascinating 2005 history by Ben Macintyre is The Man Who Would Be King: The First American in Afghanistan. It recounts the story of Josiah Harlan, a Pennsylvania Quaker who sailed to on a merchant ship in 1822 to erase the memory of a fiancée who jilted him and married another man.

Macintyre draws heavily on Harlan's beautifully written but unpublished journals, which include accounts of his introduction of Western medicines and doctoring. Incidentally, while Quakers eschew violence, Harlan never let that get in the way of pursuing his goals in a fierce backwater that was dominated then -- as today -- by superpowers. By the way, he made it home without a crown on his head, but very much alive.

It has been a long time since I have encountered as beautiful a writer as Irène Némirovksy, a Russian Jew who converted to Catholicism and was a literary sensation in in prior to World War II.

Némirovksy had begun a planned five-novel cycle as the Nazis overran northern in 1940, but only two parts were written before she was arrested and taken to the concentration camp, where she died in 1942. The book surfaced more than six decades after her death and was ably translated by Sandra Smith prior to its publication in the last year.

The first suite concerns a disparate group of Parisians who deal with the approaching German army in their own ways, while the second focuses on a farming village under Nazi occupation.

This is, for my money, the most beautifully written book to come along in years, and all the more so because it had not even been polished.

THE YEAR OF MAGICAL THINKING

Shortly before Christmas 2003, John Gregory Dunne and Joan Didion saw their only daughter, Quintana, fall gravely ill. Days later, Dunne suffered a fatal heart attack, ending a symbiotic marriage between the two great American writers who had talked to each other every day for some 40 years no matter where they were.

This account of the year following Dunne's death is Didion's most powerful book. While she had many friends and family, her husband wasn’t there and each new day seemed as devastating as the one before as she realizes there is no one to hear the news, with whom to make plans and to complete her thoughts.

Didion attempts to make sense of the "weeks and then months that cut loose any fixed idea I ever had about death, about illness . . . about marriage and children and memory . . . about the shallowness of sanity, about life itself." She succeeds admirably.

What are your suggestions?