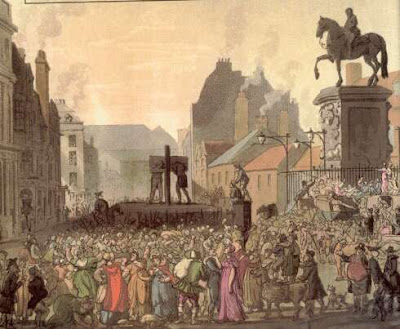 Back when I used to get up with my hair on fire every morning, I would constantly be griped by the half-assed job that the local TV affiliates would do on covering the news in and around the big city where I toiled.

Beyond their "If It Bleeds It Leads" mentality, these stations – ABC, CBS, Fox and NBC affiliates – would shamelessly steal stuff that I wrote when I was a reporter and my reporters wrote when I was an editor -- and peddle it as their own. I wanted to fight back tooth and nail.

Well, I’m a bit older and, I daresay, a bit wiser now. And while those very same teevee stations are still pretty much up to their old tricks, I just can't be bothered to get steamed anymore.

Which I why am perplexed as to why so many otherwise schmart bloggers kill so many brain cells micro-criticizing the New York Times and other mainstream media standard bearers for every jot and tittle with which they disagree or take offense.

Glenn Greenwald is at the head of this pack because of his epic longwindedness: Lengthy posts in which he pillories The Times for perceived Bush administration sucking up and inconsistencies and imprecisions or all sorts. This most recently has included posts on The Times' sometimes indiscriminate use of "Al Qaeda," which of course fits comfily (although I daresay not intentionally) into the White House’s Orwellian campaign to paint all the bad guys in with the same 9/11 terrorist brush.

Another favorite of Mr G. is to point out that in the 29th paragraph of a story last Octember 32, Times military affairs writer Michael Gordon said such and such but he contradicted himself in a new story. Oh, the humanity!

I happen to think that the Post’s Thomas Ricks, for one, writes circles around Gordon, but do I really need to know that a guy who probably files 300 stories and news analyses a year occasionally screws up?

Don’t get me wrong. Somebody has to keep the Gray Lady, the WaPo and CNN honest, and I’m not talking about the jackals in the right-wing blogosphere whose drool cups regularly runneth over with bile.

The Times, for one, does need to be held to a higher standard, and I'm not talking about the chuckleheads at blogs like Powerline doing the refereeing.

But Greenwald is a way savvy dude and his serial bloviations . . . Well, they’re boring. And as soon as I see a headline at his blog like Little Bursts of Journalism – What Causes Them?, I’m on to another blog in a nanosecond because I can be pretty sure I’ve read that one before. Sometimes several times before.

While doing a post like this is not exactly career suicide, it kind of sinks any chance that a Really Big Guy like Greenwald will be linking to a Really Little Guy like me anytime soon. C’est le guerre and all that.

But Glenn, my man, I really sorta kinda think you’re wasting your talents and my time doing so much shin kicking.