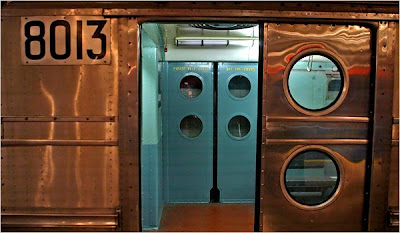 It was a beauty, but was never used. Click here to find out why.

A key aspect of the U.S. attorney purge that often seems to get overlooked--by those who argue that the firings were business as usual and no different from the removal of USAs at the beginning of a president's term--is the change to the Patriot Act that was quietly inserted by Sen. Arlen Specter at the behest of the Justice Department.

Only the naive or willfully blind would see the Patriot Act amendment as a distinct and separate action from the purge itself.

This is such a stupid, unnecessary scandal. Not since some carny deliberately climbed into a cannon and shot himself at a brick wall has there been a better example of self-inflicted stupidity. Doesn't Gonzales need to spend more time with his family?

Ségolène Royal will find it difficult to work with 's Conservative Party as president of , her significant other told the Daily Telegraph. She also rejects Margaret Thatcher as "ruthless" and says that Tony Blair hasn't been sufficiently socialist for her tastes . . . [I]n this case, Royal hasn't even bothered to visit the ally at all, an unusual omission for a French presidential candidate -- especially one who has decided that she can ignore a good chunk of their electorate. That makes her right about one thing: she's no Margaret Thatcher.

Wal-Mart is now denying reports that they are planning on setting up their own bank. Wal-Mart wanted to open bank branches in all their stores until they realized: "Wait a minute. We sell guns, too."

Since the release of Khalid Shaikh Mohammed’s dramatic confessions, moral outrage at the extent of his crimes has been mixed with doubts. Can his claims be trusted? What if he confessed to more than he really did, either because of a vain desire to be remembered as the big terrorist mastermind, or because he was ready to confess anything in order to stop the water boarding and other “enhanced interrogation techniques”?

If there was one surprising aspect to this situation it has less to do with the confessions themselves than with the fact that for the first time in a great many years, torture was normalized — presented as something acceptable. The ethical consequences of it should worry us all.

The president has been told countless times, by a secretary of state, by members of Congress, by heads of friendly governments — and by the American public — that the Guantánamo Bay detention camp has profoundly damaged this nation’s credibility as a champion of justice and human rights. But Mr. Bush ignored those voices — and now it seems he has done the same to his new defense secretary, Robert Gates, the man Mr. Bush brought in to clean up Donald Rumsfeld’s mess.

Mr. Bush rejected that sound advice, heeding instead the chief enablers of his worst instincts, Vice President Dick Cheney and Attorney General Alberto Gonzales. Their opposition was no surprise. The Guantánamo operation was central to Mr. Cheney’s drive to expand the powers of the presidency at the expense of Congress and the courts, and Mr. Gonzales was one of the chief architects of the policies underpinning the detainee system. Mr. Bush and his inner circle are clearly afraid that if Guantánamo detainees are tried under the actual rule of law, many of the cases will collapse because they are based on illegal detention, torture and abuse — or that American officials could someday be held criminally liable for their mistreatment of detainees.

As currently interpreted the Geneva Conventions only apply to individuals bent on destroying . Individuals who blow up elementary schools, kidnap children, attack churches and mosques, kill invalids in wheelchairs, plan attacks on skyscrapers in New York, behead journalists, detonate car bombs with children to camouflage their crime, or board jetliners with explosive shoes -- all while wearing mufti or even women's clothing -- these are all considered "freedom fighters" of the most principled kind. They and they alone enjoy the protections of the Geneva Convention. As to Americans like Tucker and Menchaca or Israeli Gilad Shalit -- or these fifteen British sailors for that matter, it is a case of "what Geneva Convention?"

To justify the "war on terror," the administration has lately crafted a false historical narrative that could even become a self-fulfilling prophecy. By claiming that its war is similar to earlier struggles against Nazism and then Stalinism (while ignoring the fact that both Nazi Germany and Soviet Russia were first-rate military powers, a status al-Qaeda neither has nor can achieve), the administration could be preparing the case for war with . Such war would then plunge into a protracted conflict spanning , , and perhaps also .

Some lessons are forgotten despite our best efforts and intentions, especially if we allow cynicism to color our view of life and humanity.

Thanks for quoting me, I appreciate the compliment!

You are quite welcome.