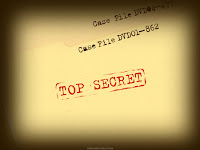 The Bush administration’s mania for secrecy has been dealt an overdue blow by the House. Significant numbers of Republicans voted with Democrats to reverse the erosion of the public’s right to know how its government operates. A package of strong open-government measures would repair some of the damage inflicted in the past six years on laws governing taxpayers’ access to federal records and presidential archives, while bolstering the standing of whistle-blowers to report abuses in agencies without fear of retaliation.

Overwhelming majorities were registered for the measures despite the White House’s threat of a presidential veto. We say bring it on. The majorities were vetoproof in size, and an override confrontation is just the medicine the administration needs for the hubris it has shown in enshrouding all manner of information. The Senate should move quickly on companion sunshine measures. The bipartisan support that’s emerging is no doubt driven by the administration’s unalloyed dedication to secret machinations — whether in the Iraq war fiasco or the bare-knuckled purging of federal prosecutors. . . .

Who knows — if lawmakers stand firm against White House objections, historians may someday be able to plumb the full depths of the Bush-Cheney administration’s devotion to governance by murk.