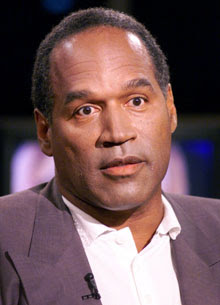 When publisher Judith Regan announced in November that she was publishing “If I Did It,” a book by O.J. Simpson on how he “might” have murdered his former wife and a friend, the outcry was enormous.

Regan, so appallingly deaf to the marketplace, was soon given her walking papers by none other than Rupert Murdoch, whose vast media empire included ReganBooks, an imprint of HarperCollins. But in a strange turn of events, the smoking turd of a tell-all not tell-all book could yet see the light of day.

A Los Angeles judge has ruled that the rights to “If I Did It” will be publicly auctioned so the family of murder victim Ronald L. Goldman can receive all future proceeds from sales of the book.

The conniving Simpson’s original deal with HarperCollins stipulated that on May 8 the rights to the book would revert to Lorraine Brooke, which the Goldmans’ lawyer called a shell corporation set up to hide the proceeds.

If the rights had reverted to Lorraine Brooke, Simpson could have potentially sold them to another publisher, an action the Goldman family apparently has now prevented.

More here.
Posted by Shaun Mullen at 3:40 AM
Email ThisBlogThis!Share to TwitterShare to FacebookShare to Pinterest