Iraq: Backwards Into the Future 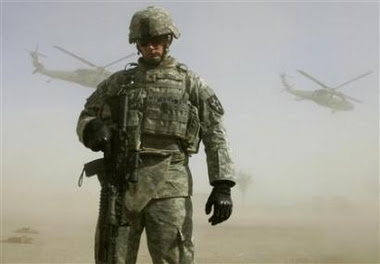 People who thought that the primary goal of the post-invasion occupation of Iraq was to win over a wary population will be shocked, just shocked, to learn that a ranking U.S. general is now saying that heightened troop levels should be maintained into next year because key to the new counterinsurgency strategy is winning over a wary population.

This course of events -– an utterly botched occupation for which there was virtually no planning (remember, the White House was certain that U.S. troops were going to be greeted as liberators and would be withdrawing in mere months) followed by three years of confusion followed by a return to the key original objective –- would be funny if it wasn’t so sad.

Odierno, who is in charge of day-by-day operations in Iraq, is a highly regarded officer known for his straight talk, but his prescription is not likely to go over well in Washington, where the Bush administration is on the ropes because of failing to learn from its mistakes, bad news and scandals.

In Congress, most Democrats and many Republicans are opposed to the current troop “surge,” and if Odierno’s advice is taken -- and it probably will -- the debate over the war will only increase.


What is so sad about the present state of events in Iraq is that it will take months -– perhaps many months -– for the current buildup to take hold and have chance of succeeding. “Success” would be measured in whether the Iraqis then had enough breathing room to give political reconciliation a chance.

Looming large is that no matter how long the additional troops are in country, it may be only a matter of time before Shiite militias and insurgents resume their dirty work.

In a related development, General David Petraeus says that U.S. and Iraqi forces cannot solve the problem of violence in Iraq without political action and reconciliation with some militant groups.

Petraeus, who is the overall commander of U.S. forces in the war-torn country, also said that he saw no immediate need to request more U.S. troops, but reinforcements already requested would likely stay "well beyond the summer."

Photograph by Fabrizio Bensch/Reuters
Posted by Shaun Mullen at 5:51 AM
Email ThisBlogThis!Share to TwitterShare to FacebookShare to Pinterest