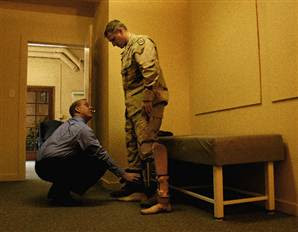 I've always justified the privileges given to officers on the grounds of their greater education, leadership responsibility, management skills and executive potential. I also know the dangers of fraternization -- it's hard for officers to be taken seriously if they drink, play cards and shower with people who must instantly obey their orders whether they like them or not.

Hence the careful separation of various levels of rank, both enlisted and officer. This calibrated meting out of privilege also serves to remind all ranks of their status in the military hierarchy. It keeps you in your place. Segregation is everywhere: bathrooms, dining rooms, social clubs, sleeping quarters.

When you're enlisted, you accept these inequities. They make sense. You also have no choice. But you can't ignore the ugly, feudal arrogance that they foster. Power does tend to corrupt.

It's like what Sheriff Bat Masterson is quoted as saying about the rich and the poor: Everybody gets the same amount of ice -- the rich get theirs in the summer and the poor get theirs in the winter. As an enlisted Marine in the Vietnam era, I heard a second lieutenant in his early 20s bark "C'mere, boy" at a sergeant major in his 40s, a man who had served in two wars. I saw an officer solve a shipboard plumbing problem by ordering enlisted men to pick up human feces with their bare hands.

What the command structure at Walter Reed may have forgotten is that an enlisted soldier with his legs blown off is no less or more privileged than any other human being with his legs blown off. Isn't this obvious? The enlisted warriors feel no less pain and despair than the officers. They deserve no less in the way of clean quarters, opportunities for recuperation and prompt processing of their orders.

Is it possible that officers, too, were living with roaches and mold somewhere else at Walter Reed before newspaper stories prompted a sudden splashing of fresh paint on the enlisted's Building 18? That they, too, were stuck in endless bureaucratic limbos? More than a week after the story broke, I have seen three officer victims mentioned from around the country. I suspect there are more.