Can Monica Hide Behind the Fifth? 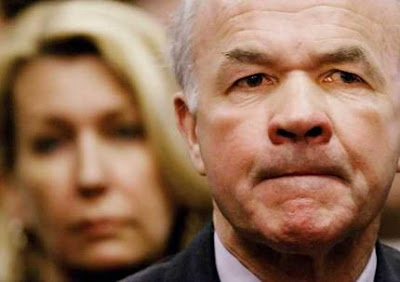 The Fifth was good enough for Ken. Why not Monica?

Does Department of Justice White House liaison Monica Goodling have the right to invoke the Fifth Amendment against self incrimination in the attorney scandal.

But has Goodling properly invoked the Fifth?

This is because Goodling’s lawyer is claiming that she is ready, willing and able to tell the truth, but will take the Fifth not to avoid incriminating herself, but because he is fearful that she will be hit with a perjury rap because the Democratic-controlled Senate Judiciary Committee is on a witch hunt.

The Fifth Amendment states that:

"No person shall be held to answer for a capital, or otherwise infamous crime, unless on a presentment or indictment of a Grand Jury, except in cases arising in the land or naval forces, or in the Militia, when in actual service in time of War or public danger; nor shall any person be subject for the same offense to be twice put in jeopardy of life or limb; nor shall be compelled in any criminal case to be a witness against himself, nor be deprived of life, liberty, or property, without due process of law; nor shall private property be taken for public use, without just compensation."

I'm not a lawyer (and I didn’t stay in a Holiday Inn Express last night), but there’s nothing there regarding partisanship or perjury. By this wacko reasoning, Scooter Libby wouldn’t have gotten in so much trouble if he had taken the Fifth.

Besides which, isn’t it downright inexcusable for an Justice Department official to plead the Fifth as if she was a white-collar thug like Ken Lay or some murderous Mafiosi?

There’s a lively discussion going on over at Josh Marshall’s Talking Points Memo about this key point. We have Josh, of course, to thank for doggedly pursuing a scandal that Republicans claimed was much ado about nothing.
Posted by Shaun Mullen at 6:55 AM
Email ThisBlogThis!Share to TwitterShare to FacebookShare to Pinterest