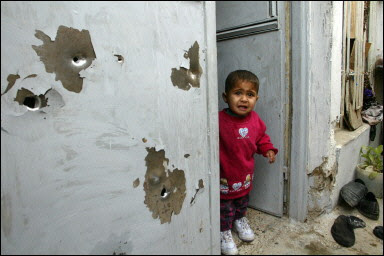 The Beit al Amen Orphanage is is a last refuge for many children who have lost their families to sectarian violence or were deeply traumatized by witnessing car bombings and shootings.

But the orphanage, subject of an ITN television documentary earlier this week in the , is due to close on March 30 because of a lack of funds. The man who runs the orphanage says he will take the children into his own home rather than see them on the streets.

You can watch the GuardianFilm documentary online here. And if you, like me, are moved to make a donation, you can do so through one of the following addresses: