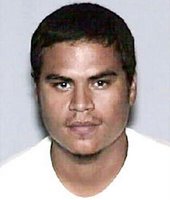 In the latest rebuke to a White House that can count the number of successful prosecutions of terrorists on one hand although it has imprisoned hundreds, a federal judge has thrown out the lead terror count against Jose Padilla.

The dismissed count alleged that Padilla and others plotted to "murder, kidnap and maim persons in a foreign country."

Padilla was detained for three years without charges -- or a lawyer -- as a so-called enemy combatant and then was bumped to the civilian justice system when it became obvious that the courts to which Padilla's lawyers were appealing his treatment were looking unfavorably on how he was being treated.

Padilla is a former gang member who converted to Islam and was portrayed as the mastermind of a plot to explode a radioactive "dirty bomb" in an unidentified city when he was arrested with great fanfare in May 2002. That sensational charge was quietly dropped.

Those counts remain, and a trial is scheduled early next year.

ANOTHER STEP BACK
Commander Kirk Lippold, skipper of the USS Cole, has been denied a promotion to captain that has been in limbo since 2oo2.

Seventeen sailors died and the destroyer nearly sank in an Al Qaeda-connected terrorist attack in Aden harbor, Yemen, in 2000 that should have been a wake-up call for U.S. intelligence agencies.

The Navy originally concluded that Lippold and his crew probably could not have prevented the attack and should not be punished, but the Navy said this week that Secretary Donald C. Winter believed after reviewing the matter that the skipper's actions before the attack "did not meet the high standard" expected of commanding officers.

AND A STEP FORWARD -- FINALLY
My skepticism about the plot uncovered in the U.K. to blow up U.S.-bound jetliners with explosive-laced liquids like Gatorade notwithstanding, British authorities have charged 11 of 23 people held in connection with it.

It would appear that the skepticism played a role in the charges finally being placed. Under British law, the remaining 12 suspects can be held 28 days without being charged.

More here.
Posted by Shaun Mullen at 1:39 AM
Email ThisBlogThis!Share to TwitterShare to FacebookShare to Pinterest