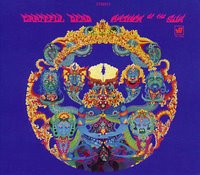 Even if you've been into popular music as long as I have, you probably don't have a clue as to who Ed Thrasher was. I do only because I became an aficionado of record album art and Thrasher designed some of the classics.

As art director at Warner Brothers in the 1960s and 1970s, Thraser did away with the generically bland album covers that were industry staples and helped define the "look" of rock 'n' roll. He later became an accomplished photographer and shot the cover photographs for Frank Sinatra's comeback album, "Ol' Blue Eyes is Back." More recently, he designed album covers for artists including Prince, and his designs won 10 Grammy awards.

His 22-year marriage to Linda Gray ended in divorce. She went on to star as Sue Ellen Ewing on the television hit “Dallas.”

Posted by Shaun Mullen at 4:53 PM
Email ThisBlogThis!Share to TwitterShare to FacebookShare to Pinterest