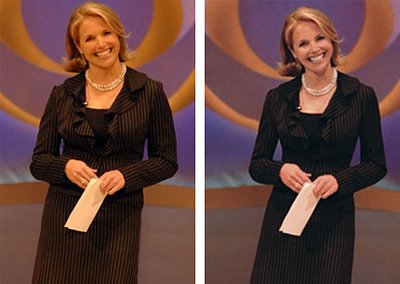 After it was caught out, CBS News president Sean McManus said he was "obviously surprised and disappointed."

I liked the first picture better because there's more of me to love.

(Hat tip to TVNewser via Instapundit)
Posted by Shaun Mullen at 1:14 AM
Email ThisBlogThis!Share to TwitterShare to FacebookShare to Pinterest

If your diagnosis is obesity it's important to treat it as an illness, not a lifestyle! But I know, how to lose weight!