King George I: We Won't Get Fooled Again 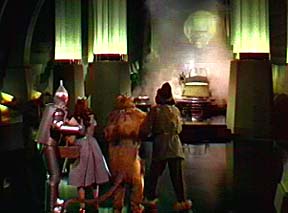 So said Abraham Lincoln a century and a half ago, although this aphorism certainly applies today when it comes to George Bush, the American people and the War on Terror.

It took a while, but the Chicken Little imprecations emanating from the president's Department of Homeland security in the form of terror alerts frequently tied to political need, his serial obfuscations about Saddam Hussein's only tenuous ties to Al Qaeda and the bogus linkage between the war in Iraq and the war against militant Muslims have finally lulled the American people into a state of somnambulence. At least those who were paying attention in the first place.

And while it is heartening that recent polls show that more Americans now disbelieve The Decider than believe him when it comes to the War on Terror, that they support the War on Terror but not the war in Iraq, that they take more seriously a plot to blow up U.S.-bound jetliners uncovered by British police than U.S. Attorney Alberto Gonzalez's natterings about wannabe jihadists in Miami who don't even have train fare to get to Chicago, let alone the means to blow up the Sears Tower, there is a big problem.

Because of The Decider's deceit, lies, obfuscations and fear mongering -- especially the incessant fear mongering -- many Americans have stopped giving a rat's ass about the very real threat of another attack on the homeland.

Make no mistake: This apathy is a gift for any terrorist waiting for the opportunity to prove wrong homeland security czar Michael Chertoff (he who slept through Hurricane Katrina) when he boasts that there hasn't been another 9/11 attack because of the administration's vigilance.

.
Posted by Shaun Mullen at 5:09 AM
Email ThisBlogThis!Share to TwitterShare to FacebookShare to Pinterest