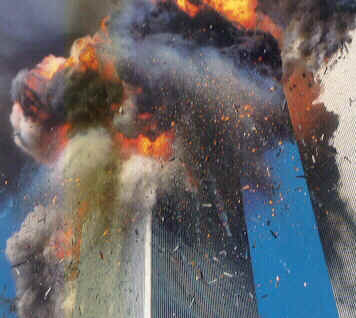 Will the August meeting of the Kiko’s House Book Club come to order. Thank you.

We have for your perusing pleasure today five books recommended by visitors to Kiko’s House and Yours Truly.

Alas, only a single book marked is with an asterisk (*), which means it is available in paperback.

AMERICAN THEOCRACY: THE PERIL AND POLITICS OF RADICAL RELIGION, OIL AND BORROWED MONEY IN THE 21st CENTURY
By Kevin Phillips (Viking, 2006)

Phillips' conservative credentials are impeccable. As Richard Nixon's chief political strategist, he was the first to identify the shift of Republican power to the right politically and what he termed the "Sun Belt" geographically.

In his latest book, Phillips argues that throughout history world-dominating powers are brought down by global overreach, militant religion, diminishing resources and ballooning debt, the very combination now at work in the U.S. The section on religion is especially illuminating and was discussed at length in a Kiko's House post here.

Two cousins reunite 20 years after a childhood prank gone wrong changed their lives and sent them on their separate ways in this creepy new novel.

Howie, a former nerd turned handsome millionaire, invites Danny, whom he hurt and left in a cave for three days, to help him renovate an old castle in Germany. That is where the mystery begins.

Wright, a reporter for The New Yorker, has written a riveting must-read on the roots of Al Qaeda and its slow and almost accidental growth into a ruthless terrorist organization, as well as how American intelligence agencies slept as it planned and finally executed the attacks on the World Trade Center and Pentagon.

"The Looming Tower" is an excellent companion to the other brilliant book on the years leading up to the 9/11 attacks, Steve Coll's "Ghost Wars," and was discussed in this Kiko's House post.

Rory MacLean traces the steps of the thousands of hippies who in the 1960s trekked overland from Turkey through Iran, Afghanistan and Pakistan to their holy destinations in India and Nepal.

This is not just another travelogue. MacLean explores how the hippies influenced the places they visited and rues that today Iran and Afghanistan are much the worse for wear because of the toll war and radical politics have taken on them.

THE ONE PERCENT SOLUTION
By Ron Suskind (Simon & Schuster, 2006)

The One Percent Solution refers to Vice President Cheney's doctrine that treats threats with even a 1 percent likelihood as being certainties. As is now well known and Suskind amply documents in this terrific book, the White House bought into this folly while ignoring the intelligence gathered by counterterrorism experts in the CIA, NSA and FBI.

DeLillo documents the twin forces of the cold war and American culture in this 800-page masterpiece, which opens with a prologue set during the final game of the Giants-Dodgers pennant race in 1951, the same day as the Soviet Union's second detonation of an atomic bomb.

The author cleverly uses a reverse narrative voice through a series of sketches and then concludes with an epilogue that looks fearfully into a near future in which capitalism and the Internet are the dominant forces.
HOW THE KIKO'S HOUSE BOOK CLUB WORKS

HIP CAT WORLDCAT
One of the perks of my day job is access to a database called WorldCat, which catalogues the location of an astounding1.3 billion items -- most of them books -- in 10,000 libraries around the world.

Hitherto available only through institutional access, it is now available to mere mortals. Click here and a world of books is at your fingertips.

Pursuit of Victory: The Life and Acievement of Horatio Nelson by Roger Knight (Basic books, 2005)

The Things They Carried: A Work of Fiction by Tim O'Brien (Houghton Mifflin, 1990)

The Year of Imaginary Thinking by Joan Didion (Random House, 2005)
Posted by Shaun Mullen at 12:16 AM
Email ThisBlogThis!Share to TwitterShare to FacebookShare to Pinterest