Yes, It's the Economy, Stupid 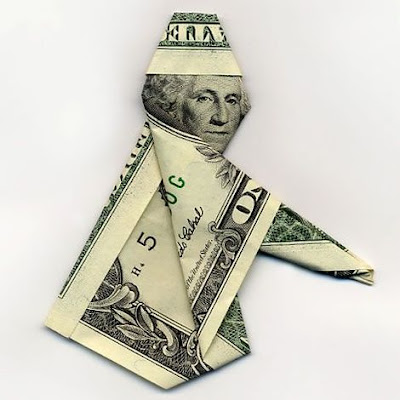 Economic downturns are cyclical and therefore inevitable, but the ongoing unraveling of the American economy as the hurtles into recession is the result of greed by major financial institutions that borders on the criminal and a stunning lack of government oversight.

What makes this awful situation even worse is that no one on Wall Street or in seems to have a clue about how the economy's gear works should be adjusted to check the slide, which was reflected in Asian markets yesterday as investors dumped stocks after a sell-off on Wall Street.

The trigger for the unraveling is, of course, the inevitable collapse of the subprime mortgage market, which targeted – and reaped obscene profits from -- the people with the lousiest credit who could least afford to own a home.

The subprime greed merchants are now paying the piper and further fueling the meltdown: Citigroup has announced a steep cut in its stock dividend after taking a staggering $18.1 billion in write-downs, while shares of Countrywide Financial Corporation, the nation’s largest mortgage lender, plunged 28.4 percent last week after it denied rumors that it was planning to file for bankruptcy protection.

Even if federal regulators have been asleep at the wheel, communities that have been severely impacted by the subprime collapse are fighting back.

, for example, is suing Citigroup, Countrywide and 19 other major banks and financial institutions under ’s public nuisance law. The city government accuses them of knowingly provoking a financial crisis by flooding the local housing market with subprime mortgage loans that they knew few people could repay.

has been hit especially hard. It has had more than 7,000 foreclosures in each of the last two years, leaving entire city blocks abandoned and severely straining the city's budget because of the effort needed to maintain thousands of boarded-up homes and the cost of responding to the inevitable rise in violent crime and arson.

The response of the government regulators, chief among them Federal Reserve Chairman Ben Bernanke, would be hilarious if it wasn't so pathetic.

About a year after the first firm evidence of an imminent housing market collapse and economic downturn appeared, the Washington fire brigade revved up the pumper and headed out to what has become a multi-alarm conflagration with platitudes but no plans other than the likelihood that the interest rate will be cut when the Fed meets at the end of the month.

Bernanke is now said to favor stimulating the economy and is expected to tell Congress that today, while everyone and their uncle is offering their own stimulus plans to try to jump start the economy while ignoring the root symptoms.

President Bush is considering a tax rebate targeted at low- and middle-income Americans, while Democratic congressional leaders are formulating their own package, which will probably include public works spending, aid for the poor and a tax rebate.

The major difference between the two is that Obama wants to put money in consumer’s pockets immediately while wants to deal with the housing crisis.

Image: Moneygami from Fun Fever
Posted by Shaun Mullen at 5:30 AM
Email ThisBlogThis!Share to TwitterShare to FacebookShare to Pinterest