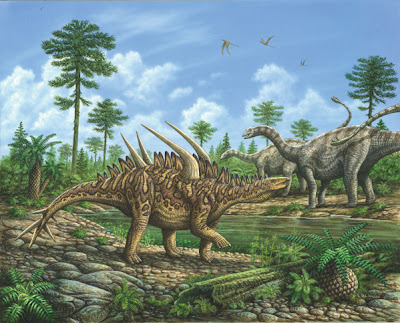 THE GOP'S CONSERVATIVE BASE
Does John McCain need the Republican Party's atrophied conservative base to win the nomination?

Wrong question. How about:

Is there anything that John McCain, who for my money has the best chance of winning in the fall of any Republican, can do to win over the party's atrophied conservative base?

Short of pandering, which is something that has not come naturally to McCain over a long political career and five and a half years as a POW in the Hanoi Hilton, the answer is a big fat "no."

I ask these questions in the context of my continuing amazement (and amusement) with said conservative base, some if not much of which seems prepared to sit in their rooms scolding the rest of the party while the Republican house burns to the ground. You read that right (no pun intended): There are people in this crowd who would rather lose the election and the White House than call the Fire Department. The question is how many.

"The definition of who was a true conservative [has] narrowed. It became necessary to pass certain purity tests — on immigration, abortion, taxes and Terri Schiavo.

"An oppositional mentality set in: if the liberals worried about global warming, it was necessary to regard it as a hoax. If The New York Times editorial page worried about waterboarding, then the code of conservative correctness required one to think it O.K.

"Apostates and deviationists were expelled or found wanting, and the boundaries of acceptable thought narrowed. Moderate Republicans were expelled for squishiness. Millions of coastal suburbanites left the party in disgust.

"And still the corset tightened. Many professional conservatives do not regard Mike Huckabee or John McCain as true conservatives. 'I’m here to tell you, if either of these two guys get the nomination, it’s going to destroy the Republican Party,' Rush Limbaugh said recently on his radio show. 'It's going to change it forever, be the end of it.' "

The dinosaurs were unable to adapt; this crowd simply doesn't want to, a frightening reality for any Republican with a sense of history and a pulse.

This is because in addition to all of the party's myriad other problems, the specter of the conservative base not voting at all rather than voting for McCain is horrifying. As Ed Morrissey notes at Captain’s Quarters (while certainly not using, let alone agreeing with, my analogy), McCain can't win without the dinosaur vote.

The Good Captain links to a maybe dinosaur by the name of Paul Mirengoff at Power Line. Mirengoff, riffing on the Brooks column, writes that:

"Brooks bristles with contempt for conservative intellectuals who read less than ‘pure’ conservatives out of the movement. I think I understand where he’s coming from. It is incorrect in my view to claim that, on balance, McCain and Huckabee are liberals. At worst, they are moderates who lean to the right. But conservatives certainly aren't out-of-line to the extent that they criticize McCain or Huckabee for specific non-conservative positions they take on major issues. To borrow Brooks' terms, it may be misguided for conservatives to 'expel' McCain and Huckabee, but it’s not necessarily inappropriate to 'find them wanting.' "

I am not a regular Power Line reader, although I did allow myself the guilty pleasure of stopping by a few times after John Hinderaker, the ultra-conservative blog's T-Rex, won the Golden Wingnut Awards in a landslide for his observation that "It must be very strange to be President Bush. A man of extraordinary vision and brilliance approaching to genius."

I will assume that Mirengoff does not think that Limbaugh is an intellectual; about Hinderaker I'm not so sure. My question is whether either guy will get around to calling the Fire Department before it's too late.

Kudos for the grand idea.