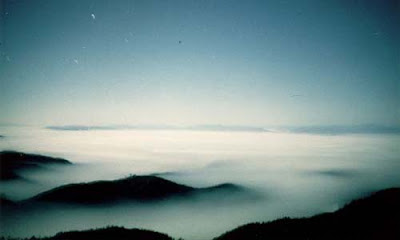 What accounts for all this talk of unity and bipartisanship and non-ideological problem solving? Speechwriters have no end of hoary terms of uplift to choose from. There's "individualism" and "family," "values" and "faith." So why are unity and competence so crucial to this year's message?

The short answer is that the candidates have no other choice. Washington these days is rived by partisanship, but that's not necessarily anything new or even particularly worrisome. In Washington, partisanship is like the San Francisco fog; it rolls in, hangs out for a while, and everyone goes about their business. The problem is, in this case, it's created total, impenetrable gridlock.

So, though elections are usually about what is to be done, this campaign has been unusually focused on whether it is in fact possible to get anything done. That's why you have Clinton touting her governmental experience and legislative skill, Obama emphasizing his unifying presence and talent for achieving consensus, Romney reminding voters that he once rendered the Olympics profitable, Unity '08 swearing that all we need is a bipartisan ticket, Bloomberg promising to be as good at governing as he was at getting rich, and so on and so on.

The problem is that hearing all these presidential hopefuls pledge to end gridlock is a bit like having a friend promise to fix my toilet by checking under the hood of my car. Analytically, it's misguided.

The Kennedy dynasty is over, but its heirs may play a significant role in ensuring that the Clintons’ never materializes.

That's the question that I think Democrats need to mull as we move forward to February 5. Do we want a leader in November who builds a broad coalition, or one whose campaign smugly derides a state like South Carolina and the victor of that state's primary by noting (with a fair amount of distortion, naturally) that Jesse Jackson won the state twice? One who flees a loss with a terse written statement, or one who competes for every vote?

[Obama] is challenging Democratic primary voters, regardless of race or gender, to make an historic decision of their own. In the weeks ahead, they have to decide for themselves whether fealty to the Clintons (and their hardball brand of politics) is still the operative impulse. Tribal loyalties die hard, however, and while many Democrats are clearly afflicted with Clinton fatigue, there is still a sense, among many others, that the hardball tactics now being directed at Obama would stand the party in good stead when redirected this autumn against the Republicans.

-- DICK POLMAN
Unlike Clinton and especially Edwards, the Obama message is about unity, not divisions; and hopes rather than grievances. If Obama wins the Democratic nomination, Republicans have a great deal to fear. He has tremendous break-out potential.

-- PETE WEHNER
I spent Monday afternoon rewatching the last four episodes of the sixth season of The West Wing. I was simultaneously depressed and angered that fiction was so much closer to what this nation needs, and aspires to, than reality (an inversion of the usual Hollyweed treatments); and impressed that the writers managed to anticipate a disturbingly likely scenario for this summer’s Democratic (and, for that matter, Republican) National Convention.

Michelle Malkin . . . wants a real man to run for President. She wants someone who will not be afraid to deport all the illegal immigrants and kiss away the Latino vote for generations or to tell people who have lost their homes to "suck it up" and get used to living in the street, and has turned her blog into a personal ad for the man of her dreams. "I need a man," she writes. "A man who can say 'No.' . . . A man who won't panic in the face of economic pain. A man who won’t succumb to media-driven sob stories. A man who can look voters, the media, and the Chicken Littles in Congress in the eye and say the three words no one wants to hear in : "Suck. It. Up." But so far it looks like Malkin's desire for a real man has gone unquenched and she will have to make do with her husband.

Only small-minded people think [Donald] Rumsfeld is other than a great American and patriot, though of course a contrroversial one. He continues to deserve the respect and thanks of the American people.