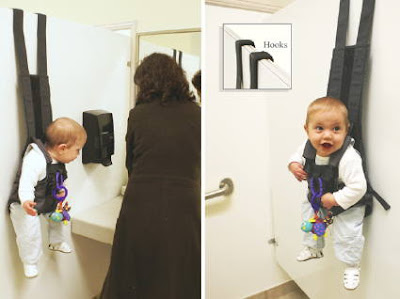 AN IDEA WHOSE TIME HAS COME? MORE HERE.

The interesting thing is that each time a candidate says the word "change," it is a barely indirect damnation of the current President. As such, I really wonder what the people responsible for translating English into whatever Bush's native language is tell him is going on with the race to replace him.

The Democrats have begun to fracture on the very bases of their historic primary race this year: race and gender. The campaigns of Hillary Clinton and Barack Obama have started trading allegations of race-baiting, and now John Edwards has jumped into the fray on Obama's side. The party of identity politics appears about to founder on its very premise.

I think the Clintons have looked at Obama's growing black support and made a simple calculation. If they can ratchet up their white votes by a constant drum-beat of Obama drug references, and they can ratchet up their female votes by portraying Clinton as a victim of male bullying in the media, then they can eke out a victory. A close victory - you know, the kind of margin Karl Rove prefers. Small, tilted to your base, and with your opponent slimed for good.

We evangelicals must rethink our engagement with politics. The place to start is by remembering that the church is not a branch of a political party and that its distinctive identity and mission must be protected, both for the sake of the church and for the sake of our culture and the world.

Five experts in video evidence and forensic science have been in Pakistan for 10 days since President Pervez Musharraf took up an offer from Prime Minister Gordon Brown for British help in the investigation of the Dec. 27 killing. Last week, they were joined by three specialists in explosives.

The gun fired at Ms. Bhutto has been checked for fingerprints by the Scotland Yard detectives. These have been traced through identity cards to a man in Swat, where men allied with Baitullah Mehsud, a tribal leader with links to al-Qaeda, have been fighting.

The Decider doesn't understand why the US and its allies in World War II couldn't have bombed Auschwitz and, he assumes, saved thousands of lives.

In public, President Bush has been careful to reassure and other allies that he still sees as a threat, while not disavowing his administration's recent National Intelligence Estimate. That NIE, made public Dec. 3, embarrassed the administration by concluding that had halted its weapons program in 2003, which seemed to undermine years of bellicose rhetoric from Bush and other senior officials about 's nuclear ambitions. But in private conversations with Israeli Prime Minister Ehud Olmert last week, the president all but disowned the document, said a senior administration official who accompanied Bush on his six-nation trip to the . "He told the Israelis that he can't control what the intelligence community says, but that [the NIE's] conclusions don't reflect his own views" about Iran's nuclear-weapons program, said the official, who would discuss intelligence matters only on the condition of anonymity.

The new earmark disclosure rules put into effect by Congress confirm the pre-eminence of Representative John Murtha at procuring eye-popping chunks of pork for contractors he helped put in business in The Pennsylvania Democrat, a power player on defense appropriations, exudes pride, not embarrassment, for delivering hundreds of millions of dollars in largesse to district beneficiaries. They, in turn, requite with hundreds of thousands of dollars in campaign donations. . . . “This is about jobs,” the congressman insists. But the Murtha operation — which has become a model for other entrepreneurial lawmakers — is a gross example of quid pro quo . Every one of the 26 beneficiaries of Mr. Murtha’s earmarks in last year’s defense budget made contributions to his campaign kitty, a total of $413,250, according to the newspaper Roll Call. The Pentagon, seeking its own goodies before Mr. Murtha’s committee, is noticeably hesitant to challenge his projects. And we’re not hearing a lot of objections from his colleagues — not after members have ladled out a fresh $15 billion for their own special interests, just in time for the coming elections.

In last week’s column, I mistakenly attributed a quotation from Michael Medved to Michelle Malkin. I regret the error.