It's Kristol Klear: The Times Goofed 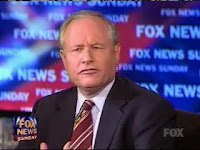 Forgive me for piling on, but when it comes to The New York Times and Bill Kristol it's hard to resist – The Times because it has done such an extraordinary job of tarnishing its image and Kristol because he is a neoconservative Chatty Cathy whose views have been so thoroughly discredited.

As you already know if you read The Times and spend any amount of time in the left-of-center part of the blogosphere, the Gray Lady hired Kristol to be its "conservative" op-ed columnist.

After only two columns, Kristol has come a cropper, delivering neocon talking points so predictable and fusty that he actually makes immediate predecessor John Tierney look good. And makes me long all the more for the halcyon days when William Safire held down the job with such distinction.

It is beyond my comprehension as to why The Times gave Kristol the gig in the first place. There are zillions of right-of-center commentators who run circles around Billy Boy for creativity, depth of thought and writing ability.