A Honeymoon In Vegas For Obama? 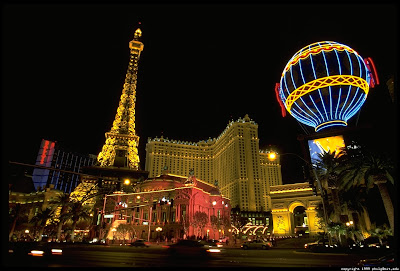 Yet another state without much electoral clout is taking on an outsized significance in the opening month of this presidential election year.

will hold its first ever big-time caucuses on January 19, and despite Hillary Rodham Clinton's come-from-behind victory in following Barack Obama's big win in Iowa, she can no longer be considered the favorite in the although polls have showed her to have a narrow lead.

This is because the state's two largest unions – representing casino workers, nurses and other professionals – have thrown their considerable political clout behind Obama, which means the Democratic caucus is shaping up to be something of a tie breaker.

The endorsements from the 60,000-member Culinary Workers Union Local 226 and 9,500-member Service Employees International Union don't constitute a guaranteed win for Obama. But the unions may have an outsized impact because they are expected to turn out a fair number of members for a low turnout caucus. Some 45 percent of CWU members are Hispanic and that also could help Obama.

Clinton and John Edwards had courted the unions. The CWU was leaning toward Edwards and its endorsement of Obama was something of a surprise after Clinton edged him in New Hampshire.

With Obama skipping the next primary in Michigan on January 15, the Nevada caucus will be the only showdown with Clinton until the South Carolina primary on January 26.

Obama plans to fly to Las Vegas tomorrow to accept the CWU endorsement and both campaigns are rushing professionals and volunteer staff there. Both candidates also have begun airing radio advertisements in Spanish and television spots touting their health care plans.

Democrats moved up the Nevada vote because the Western state has a diverse population and was seen as more representative of the rest of the U.S. than Iowa and New Hampshire. I'll say. Nevada is considered a swing state and has backed every winner since Richard Nixon in 1972.


Meanwhile, the Republican caucus appears to be a tossup between Mitt Romney, Rudy Giuliani and Mike Huckabee.