Snapshots From the Campaign: A Stupid Idea From Mitt, Hillary Balks & More 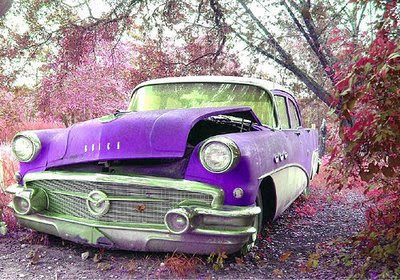 On the eve of the make-or-break Michigan primary today, Mitt Romney vowed to bring together in his first 100 days in office representatives from the American automotive industry, unions, Congress and the state of Michigan to develop a plan to "rebuild America's automotive leadership."

Well, I can save the Mittster the trouble.

All it will take are devastating missile strikes on Japan, Korea and Germany, the three primary countries that have stolen Detroit's thunder by offering cheaper, more fuel efficient and more attractive automobiles.

Romney's proposal, of course, fails to acknowledge the obvious: The automobile industry is now global, not U.S.-centric, and many parts used in U.S. cars are imported and even some of the cars themselves.

HILLARY TRIES TO SUPPRESS THE VOTE
Those ubiquitous surrogates making mischief for Hillary Rodham Clinton are trying to make it harder for Las Vegas casino workers to vote in the Nevada Democratic Party caucus on Saturday.

The state Democratic party, with the approval of the Democratic National Committee and with nary a peep of dissent from the presidential candidates, has been setting up meeting sites at nine big casinos so that members of the powerful Culinary Workers Union and other workers within a two-mile radius of the sites can choose a candidate during work break.

But those surrogates are now claiming in a lawsuit that the plan violates the Constitution and casino caucus sites intended to enfranchise more working people should be eliminated.

"Could this lawsuit . . . have anything to do with the fact that the 60,000-member Culinary Workers Union gave its much-coveted endorsement to Barack Obama?"

Meanwhile, Clinton herself, who bemoaned the plight of working people while campaigning in New Hampshire, says she has no opinion on the litigation.

I LIKE McCAIN BECAUSE THEY HATE HIM
I continue to believe that John McCain is the one Republican who has a decent chance of being elected president. That is in no small part because so many Republican bigs hate him, which means he must be doing something right.

Jonathan Weisman agrees -- at least about the hate part -- writing in The Washington Post that for at least eight years official Republican Washington has been dominated by what McCain advocates have called President Bush's "Death Star." These are advocacy groups and lobbyists that backed Bush in 2000 and have remained the city's conservative power brokers.

"It is conceivable that he can be nominated because of the [primary] system we developed. It's not conceivable that he could come out of this nomination fight or the national convention with the kind of enthusiastic support he is going to need for the general election."

Others disagree, noting that McCain has compiled a reliably conservative record during four Senate terms, which has won him supporters among social and economic conservatives.

RUDY TAKES A DIVE
Barring a victory or at least a great showing in the Florida primary on January 29, Rudy Giuliani is toast.

America's Mayor flip-flopped, pandered and lied his way to frontrunner status in polls late last year, but it's been all downhill from there.

"At first glance, it is a very encouraging sign for conservatives that the Giuliani campaign is now strapped for cash and on its last legs. During much of last year, we have been treated to the spectacle of putatively conservative people engaging in all kinds of intellectual contortions to justify their support for the power-hungry, pro-abortion, hegemonist former mayor.

. . . Unfortunately, Giuliani’s collapse does not reflect a shift in the Republican electorate towards foreign-policy sanity and constitutionalism. Far from it. On the contrary, the three remaining candidates in real contention for the nomination are interventionists."

They would be John McCain, Mitt Romney and Fred Thompson, who have been unrelentingly critical of the foreign-policy blatherings of a fourth candidate – Mike Huckabee.

"For Sen. Clinton, something is true if it validates the myth of her striving and her 'greatness' (her overweening ambition in other words) and only ceases to be true when it no longer serves that limitless purpose."