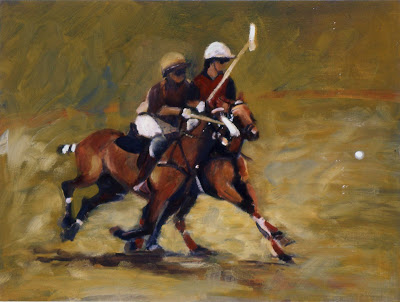 Commentary by COUNTRY BUMPKIN
The excitement of has naturally faded now, and life has resumed its normal rhythms. Summer had not really arrived when we came home at the end of September, but despite a cool day or two the Wairarapa is in the grip of its customary drought and the really warm days when the mercury rises to around 30 degrees (C.) have come early. Absent this season are the storms which featured in our first few summers here, and the benignity of the climate is reflected in our (comparatively) large crop of strawberries — from which we manage to rescue an occasional one from the blackbirds — and peaches, which I am painstakingly learning to cultivate to a reasonable standard.

I fervently hope that things don’t really happen in threes, as the grandmotherly tale would have it, because the week before last we went out to get in the car for a shopping expedition, and the back tyre was flat. This week, as we were driving to Martinborough for lunch a stone hit the windscreen and broke it. That’s two. It’s hard to overcome the inclination to get into bed and stay there until the curse moves on.

Staying in bed these last few days might well have been a smart move for another reason, because our bedroom is at the front of the house facing the street. This is the time of year when the school over the road hosts some kind of music event, as far as we can tell a private one where learner musicians come to sharpen their skills. On a hot afternoon a couple of days ago, we had all the doors open to catch a breeze, and I heard a violin on the veranda in front of the school buildings. The fiddler was playing the Beethoven Violin Concerto all alone — no orchestra, of course — and this was a player of some brilliance. Some of the notes were lost to passing traffic, to be sure, but I reflected again what huge luck it is to be able to enjoy such a performance without even leaving one’s front door.

As the trees and shrubs around our boundary thicken and grow, the colonies of birds nesting there have multiplied. This year thrushes and blackbirds have bred in profusion, and the new cat next door has been dining on poultry beyond its wildest dreams. But the traffic is not all one way, because at least one blackbird male has plucked up the courage to face Nellie down, and if she appears on our lawn the bird lands no more than a couple of metres away and shouts at her. She thereupon tries to look as dignified as she can and walks away, never conceding by so much as a gesture that she has been the loser in the latest confrontation.

On these summer days, the blackbirds can be seen squatting on the lawn, heads thrown back with beaks open, and their wings spread to catch the heat of the sun. I guess it’s a way of getting rid of parasites and such, and you may be sure that their eyes are wide open and watching every move around them.

Some weeks ago we went to watch polo being played. You drive along this country road and follow a sign on the gate, take the gravel drive down across the ford in the river and up the other side. A couple of hundred metres more and suddenly you come out of the trees, and there spread in front of you is this immense flat open space, complete with a pavilion and gear for cooling down the horses, and parking the cars and horse floats, and of course playing the game. The playing area is called a maidan, about 275 metres long and 180 metres wide. When a rider gets a clear run with the ball, player and pony are a sight to behold. They will out-accelerate your average Jaguar car, I swear.

The horses are the most attractive of all. Small, bright-eyed and as smart as whips they are simply gorgeous to behold, though I concede some of you might find the fit of the riders’ jodhpurs equally alluring. But hey . . .

Ten days ago, another of my long-lost American cousins -- descended from my grandfather's brother and we’d never met – came to visit with his partner. With the help of a good friend, who owns a magnificent hill-country farm in the foothills of the nearby mountains, they saw what the heartland of really looks like. My contribution to their tour was to open and close the gates so the Land Rover could pass through, and I can say that it has been many years since I walked on so much sheep and cattle manure. Not that there’s anything wrong with that!

I complained in an earlier Country Life about problems with my internet provider, Telecom's Xtra service. It’s not getting any better, I have to report. Some people out there in cyberspace have a deeply unhealthy interest in my sexual health and want to sell me some of their products to improve it. The only trouble is that I can’t make an informed choice because the texts of their emails is in Russian. One would have thought that spam written in a Cyrillic script would be easy to block, but the flip side of blocking spam is that legitimate messages are at risk of getting laundered out as well. I have a deep suspicion that this might be happening from time to time, so if I have failed to answer a message from you during the last few months, you might care to let me know.

Almost time for a few changes around here, I'm beginning to think.

Country Bumpkin is my cousin, a bibliophile and man of the world who lives in New Zealand.
He most recently wrote Return to the Schilderwald -- A Jew Comes Home After Sixty-Eight Years. Among his other guest blogs are Country Castles, Country Travel, Country Polikarpovs, Country History, The Country Way of All Flesh, Country Images, Country Winter and Country Ice.