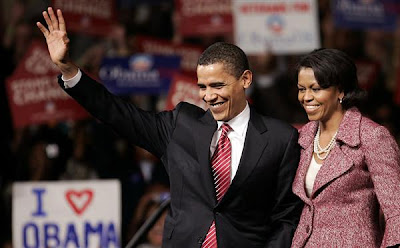 The big surprise out of the Democratic primary was that there were no surprises. That is good news for Barack Obama and not so good news for Hillary Clinton.

After a series of unexpected results in early primaries and caucuses, the pollsters and pundits more or less got it right: Obama received 55 percent of the vote, Clinton a distant 27 percent and native son John Edwards a respectable 18 percent.

As was expected, about four out of five blacks voters went for Obama, the majority of them women, and he received about a quarter of the white vote with Clinton and Edwards splitting the rest.

The good news-bad news dynamic concerned the campaign's attacks on Obama, including the use of black surrogates to try to undercut his message of hope and change.

Not only did they have little effect, but they may have been counterproductive as exit polls showed that some voters switched to Obama because they were turned off by the attack-dog role of former President Bill Clinton.

Was Obama's victory a much-needed rebound with the hugely important 21-state Super Tuesday primaries looming in only nine days?

For one thing, Obama had not slipped badly in national polls despite ’s victories in and . For another, was Obama's to lose and what some pundits are calling a massive victory was more a case of him taking care of business, which he did impressively by staying on message while fending off attacks from the Clinton camp.

Meanwhile, the primary was yet another reminder of the dire straits that Republicans find themselves in. In no small part because of Obama, Democrats attracted 530,000 voters, while Republicans drew 442,000 last Saturday in their own primary in a Red state despite a larger field.


Photo by Steven Senne/The Associated Press
Posted by Shaun Mullen at 7:03 AM
Email ThisBlogThis!Share to TwitterShare to FacebookShare to Pinterest