Rebecca Channels Ma Barker: But It Depends On What the Meaning of 'Dirty' Is 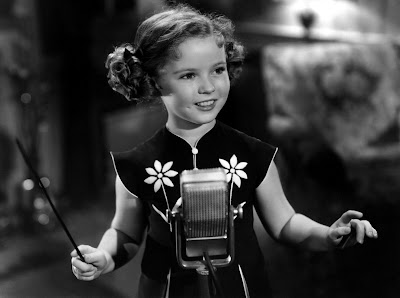 Back in the early days of the presidential campaign when Hillary Clinton was doing her Rebecca of Sunnybrook Farm shtick, her supporters mewled that she was being treated unfairly by the media and the other usual suspects because she was a woman who also was being tarred with her husband's transgressions.

That turned out to be a load of hooey. As the primary season hurtles toward the huge 22-state Super Tuesday showdown next week, Mrs. Clinton and her surrogates -- chief among them that oxygen-sucking Big Dog himself -- are waging a slimy, race-baiting, disinformation-filled campaign designed to divide and conquer.

It turns out that "Rebecca" is Ma Barker. Her gang is armed not with talking points but with Uzis, and even though this strategy appears to have backfired in the South Carolina primary and is leading Senator Ted Kennedy to endorse Barack Obama today, don't expect a soul searching mid-course correction. The campaign's assertion that "it will try to shift the former president back into the sunnier, supportive-spouse role" is only its latest empty mea culpa in response to the ongoing backlash over its tactics.

I have to admit that I'm chagrined the Clintons have calculated that it is in their best interests to campaign from the gutter – and make no mistake about it, the attacks on Obama that began with veiled suggestions from surrogates that he might have dealt and not merely done drugs as a teenager have been planned with the surgical precision of a blitzkrieg. That some of the surrogates in South Carolina were prominent blacks who should know better than to be anti-Obama shills shows astonishing loyalty but still is disappointing.

But then I realize that Hillary wouldn't know the high road if it hit her in her sizeable backside, and that this chameleon will scratch and claw to attain a second Clinton presidency no matter how much dirt has to be flung.

* * * * *
It took a while for the mainstream media – which played perfectly into Mrs. Clinton's initial strategy of running as an incumbent until Obama crashed her party -- to realize that her coronation was premature and that she hadn't just gotten around to taking off the gloves, but never had put them on.

A goodly number of liberal commentators are expressing disgust at not so much the race-baiting strafing runs on the first black to make a serious presidential run, but the repeated and gross distortions of what her opponent has said and done that would elate Karl Rove.

Some commentators express concern that Mrs. Clinton is alienating the youth and black vote, which seemed to be reflected in the South Carolina results.

Some are shocked at the distress that she engenders among some card-carrying liberals. The endorsement of Obama by another Kennedy -- JFK's daughter Caroline -- can be viewed in this context, as can the confessionals from women who worked for or supported Clinton who now say she makes them "feel dirty."

Some are twigged that she is trying to retroactively rewrite the rules on seating certain convention delegates or note her arch hypocrisy in unsuccessfully trying to suppress the Nevada vote by having surrogates go to court to shut down so-called casino precincts when it appeared that casino workers might turn out against her en masse.

Finally, some see Bill Clinton's role in her campaign as a godsend for the godforsaken Republicans because the harder the Mister jerks at his chain the greater the pressure will be on the Missus to seriously address the reality that the daily story line in the MSM from her camp has been more about Bill than Hill. Then there's that generational thing: The Billary ticket is a reminder that it's the Nineties all over again, which plays beautifully into Obama's hope-and-change mantra.

So what's the point of all this whinging?

First, you had a choice, Hillary. You could distance herself from the excesses of the present and your husband's excesses of the past and take the high road come what may. Am I being naive? No, I was merely being hopeful. Instead, you made a cold-blooded decision to run a tag-team campaign because you understand that you have a better chance of shooting your way to victory than sweet talking.

Second, the underlying message of your strategy is that you believe that voters are chumps who can be led by the nose. Contrast that with Obama's repeated invocation (and he did it again in his South Carolina victory speech) that voters have an historic decision of their own to make this year.

Third, I find myself in bed with Rush Limbaugh, Michelle Malkin and other Clinton-haters. I don't like that one damned bit, Hillary. For one thing, they smell funny. Understand that I don't hate you like these wackadoodles, but we have something in common -- we find much to fear in you.

Fourth, after the dreariest and most destructive presidency in memory, Americans have a right to expect better than what you are giving them. In the abstract, you are superior to most of the Republican competition. But based on what I've seen you aren't better than what Americans have been stuck with for the last seven years, merely more of the same in some really troubling respects. Messing with the electoral process. Obsessive secretiveness. Obfuscating. Distorting. Fear mongering. Trash talking. Dividing.

Finally, as you've shed the Rebecca get-up as Ma Barker's gang would shed their duds in a back alley after pulling a bank job, you've left no question about the kind of person you are under that notoriously thin skin.

And in the process squandered the most precious asset a candidate, let alone an incoming president, can have. That, Hillary, is called trust.

You said," In the abstract, you (Hillary) are superior to most of the Republican competition. But based on what I've seen you aren't better than what Americans have been stuck with for the last seven years, merely more of the same....."
Well said!

And now about that endorsement from your buddy Ted Kennedy?