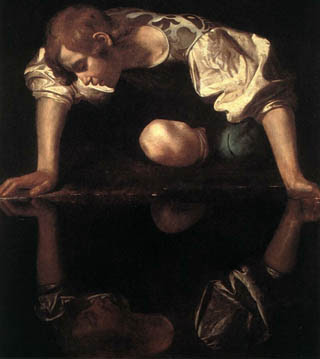 I managed to keep blogging even while the pain killers were coursing through my brain after recently undergoing simultaneous heart, kidney and lung transplants. But there are other bloggers out there who can't resist whining about how being angry over something, a dearth of imagination, a midnight visit to the veterinarian after the dog ate their laptop power cord, a bank foreclosure on their RV, the dog ate their RV, or some other woe has brought their thought processes to a grinding halt.

And then there is my favorite whine: "I was going to blog on Subject A but then I saw that Blogger B had beaten me to the punch in linking to a post from Blogger C and I absolutely won't link to either of them since their friend Blogger D dissed me at the Yearly Kos."

My advice to bloggers like these would be to just shut up and wait until their meds kick in before they resume trying to save the world, but then what do I know?

It turns out even less than I thought after reading about new research that debunks the notion that today's generation is whinier – which is to say more narcissistic and selfish -- than mine or any other of recent vintage. (That would mean that posts like this one would have been commonplace had there been an Internet back in the day.)

Kali H. Trzesniewski, an assistant professor of psychology at the , and colleagues at other institutions will jointly publish research in the journal Psychological Science next month showing there have been very few changes in the thoughts, feelings and behaviors of youth over the last 30 years.

In fact, some scholars argue that an increase in selfishness among young people is a myth.

"It’s like a cottage industry of putting them down and complaining about them and whining about why they don’t grow up," says Jeffrey Jensen Arnett, a developmental psychologist.

These scholars argue that a spike in selfishness among young people is -- like the story of Narcissus -- a myth.

They suggest several reasons why young people may be perceived as being more self absorbed: The personal biases of older adults, changing social norms, the news media’s emphasis on celebrity, and the rise of social networking sites that encourage egocentricity.