What Didn't Happen in Michigan Matters 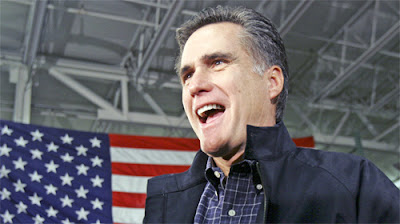 What didn’t happen in the Michigan primary yesterday may be more important than what did:

* The mischief makers did not prevail. People who voted their convictions did.

* The momentum that John McCain’s revived campaign got in New Hampshire fizzled out as Mitt Romney scored a do-or-die win.

* To the glee of Democrats, the Romney victory again denied a beleaguered Republican Party a consensus front runner.

* Blacks showed their displeasure with Hillary Clinton by not voting for her in the fractured Democratic primary.

The mischief-making effort whereby Democrats would cross over to vote for Romney in order to suppress the McCain vote had been encouraged by Markos Moulitsas and his dog-whistle brigade at the Daily Kos. As Markos himself put it, "Let’s have some fun in Michigan."

But the residents of a state with a ravaged economy and the highest unemployment rate in the U.S. weren’t in a fun mood. Exit polls showed that only 7 percent of Democrats voted in the Republican primary and that liberal Democrats gravitated to McCain, who finished with 30 percent of the vote to Romney's 39 percent. Mike Huckabee had 16 percent, which for reasons that escape me is being called a solid finish by some pundits.

The most charitable interpretation of the Kos effort is that he and his handmaidens have way too much time on their lefty-liberal hands, but I am not so sanguine because goofing on the electoral process to scratch your partisan itch is akin to playing with electoral dynamite.

While native son Romneys victory was not a surprise, the lengths that he had to go to win a state that was once a sure thing was. The results had to be especially disappointing for McCain, who won the Michigan primary in 2000 but was unable to garner substantial conservative support this time.

For the record, Hillary Rodham Clinton, the only major Democratic candidate to stay on the ballot after the Democratic National Committee sanctioned the Michigan state committee for moving up the primary against its wishes, won 55 percent of the vote over 40 percent for Uncommitted in what was supposed to have been a beauty contest. But as Ed Morrissey puts it at Captain’s Quarters, Clinton's coronation turned out to be “a flat tire.”

Some 70 percent of blacks cast their lot with Uncommitted, an apparent backlash (blacklash?) vote as a result of Clinton's hamhanded efforts to inject race into her knock-down-drag-out with Barack Obama.

Other major Democratic contenders had pulled out of the Michigan race because of the party dispute, and exit polls showed that had Obama’s name been on the ballot, he would have won an overwhelming 73 percent of the African-American vote.

With Huckabee the winner in Iowa, McCain in New Hampshire and now Romney in Michigan, the 21-state Super Tuesday primaries on February 5 are looming as large for the Republicans as Democrats since neither party is likely to have a clear frontrunner in the intervening contests in Nevada, South Carolina and Florida and if the current topsy-turvy trend continues, not enough delegates to secure their party’s nominations.

The truly appalling aspect of all of this is that Rudy Giuliani, who chose not to campaign in the earliest contests and got less than 3 percent of the vote in Michigan, could prevail in Florida on January 29 and go into Super Tuesday with that most precious of commodities this political season — momentum.

Meanwhile, Will Bunch suggests over at Attytood that the dispute that both Michigan and Florida have with the DNC over moving their primaries up could loom large at the Democratic convention when the delegates from those states — at this point not officially sanctioned by the DNC — try to be seated.

Am I missing something? so many pundits are pointing to Hillary's 55% of the Michigan primary vote as some kind of setback. Sorry, but the way I read it - in spite of a (non-deserved) backlash among African Americans she still got more than a mere majority in a three-way race. All the voters knew who they were voting for when they voted uncommitted. I think Hillary was definitely a winner in that beauty contest. When will you guys stop distorting everything about her?

If those delegates get seated, Hillary will probably get part of the uncommitted as well as her 55 percent. The fight over seating the delegates could turn into something vituperative -- and interesting.